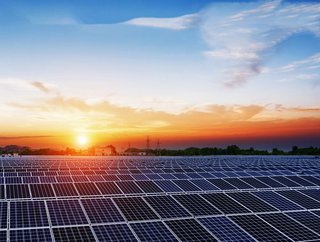 Building work on more than 500MW of solar plants in Egypt and Jordan has started, which is projected to deliver power to a combined...

Building work on more than 500MW of solar plants in Egypt and Jordan has started, which is projected to deliver power to a combined 690,000 homes when finished in 2020.

Enviromena Power Systems, a renewable energy provider from the UAE, announced it had started construction on the projects while also launching a rooftop solar scheme in Dubai.

In Egypt, the company is constructing 256MW of solar PV projects which will help provide power to nearly 370,000 homes while displacing 454,000 tonnes of carbon dioxide annually.

This is part of a wider solar complex of 32 plants which will collectively provide 1,650MW of power, making it a sizable part of Egypt’s plan to achieve 20% renewable energy by 2020.

Enviromena has also broken ground on a 247MW project in Al Muwaqqar, Jordan, in a project which will bring electricity to 320,000 homes while displacing 408,000 tonnes of carbon dioxide annually.

Ayham Mkalalati, Director of Business Development at Enviromena, commented: “Enviromena has already completed 104MW of solar projects this year, and by year-end, we will have increased that total to more than 600MW.

“To continue growing our portfolio while providing unparalleled service, we’ve also increased our staff by 30 percent since the start of the year.”

In Jordan, the company has already completed what is the country’s largest solar park. The Quweira site was completed in a joint venture with Spanish company TSK.