U.S. May See First Oil Tar Sands Mine in Utah 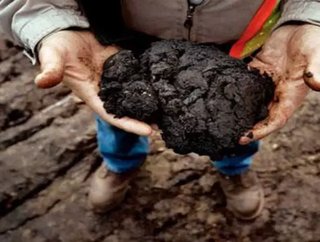 Written By: John Shimkus Alberta, Canada-based company, Earth Energy Resources, Inc., has qualified for a permit to mine 62 acres of tar sands in Utah...

Alberta, Canada-based company, Earth Energy Resources, Inc., has qualified for a permit to mine 62 acres of tar sands in Utah, a state in the western U.S. It will mark the first tar sand to oil mining venture in the United States.

Tar sands have been a controversial topic in the energy world. Simply put, tar sand is exactly what it sounds like—sandy tar—similar to the stuff that makes blacktop or asphalt for roads. But if you process it correctly, tar sands can yield oil that can be converted to fuel. Unfortunately, tar sand mining comes at a cost.

Tar sand mining also ranks as one of the most environmentally destructive mining practices in the world, right behind mountaintop removal. The strip mining process requires excessive amounts of water and leaves behind giant lakes of waste.

However, consider this… Canada has been exploiting its own tar sands for years at a profit. In fact, Canada tar sands petroleum is one of the top sources of U.S. oil imports. With the ever increasing price of oil, and energy security on the line, Earth Energy Resources, Inc. and others like them are looking to any and all sources of petroleum, and domestic tar sands do offer at least a temporary solution to the looming oil decline.

Environmental groups, however, are appealing the permit in an attempt to block a precedent being set for tar sand mining in the U.S. Although Earth Energy Resources, Inc. claims that the citrus-based solvent used in the mining process is environmentally benign, skeptics still aren’t embracing the mine.

It does seem counterproductive to seek an energy source that uses more energy in its processing than it actually yields; but frankly, it doesn’t seem like much going on these days does makes much sense. One thing’s for sure though, the only way to get to the next phase of post-oil energy security is to use what we’ve got, and if that means tar sands, then tar sands it is. Sure, there are much much better alternatives, like Sapphire Energy’s “Green Crude” and algae-derived isobutanol, but these technologies will take a few years longer to reach viable production levels. I’m afraid to say that we don’t have the luxury of waiting, not when every aspect of our society, from food production to transportation, is reliant on oil. Until the “magic bullet” of a fuel replacement is at full capacity, we must—and this is coming from a cringing environmentalist—use the resources currently at our disposal.