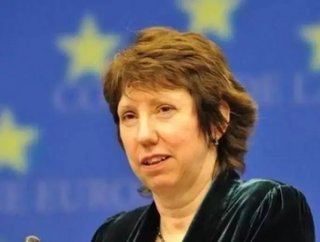 World powers, including the US and five other countries, have agreed to resume negotiations with Iran in an effort to alleviate the crisis, represente...

World powers, including the US and five other countries, have agreed to resume negotiations with Iran in an effort to alleviate the crisis, represented by EU chief diplomat Catherine Ashton.

“I have offered to resume talks with Iran on the nuclear issue,” Ashton announced in a statement broadcast from the alliance’s Brussels headquarters. “We hope that Iran will now enter a sustained process of constructive dialogue which will deliver real progress.”

Last January, similar discussions failed and ended in a standstill. Iran proposed to resume talks in February, but Ashton warned in a letter that they must “engage seriously without preconditions” that may otherwise allow them to buy more time to build up an enriched uranium stockpile.

After opening a key military base to nuclear inspectors, Iran made the decision to resume talks about its nuclear program. However, the visit to the Parchin military complex can only take place after agreements are met on outstanding issues with the International Atomic Energy Agency.

When Iran refused access to the IAEA in a visit in February, Western intelligence reports concluded that the complex may be using the grounds to test nuclear weapons. Iran denies such claims and fears that visits to its sites based on Western information could be a cover for espionage.

“Imagine that we would constantly demand access to U.S. aircraft carriers and nuclear submarines,” said Sadollah Zarei, a columnist for the hard-line state newspaper Kayhan told the Washington Post. “Naturally that would be a long debate.”

Regardless, it's a good sign Iran is showing adamant signs of cooperation with the IAEA, while the West affirms its goal is not to strip Iran of its rights to nuclear energy.

“Our overall goal remains a comprehensive negotiated, long-term solution which restores international confidence in the exclusively peaceful nature of Iran's nuclear programme, while respecting Iran's right to the peaceful use of nuclear energy,” wrote Ashton.