Stockholm Data Parks (SDP) represents an advanced infrastructure offering to the data centre industry; a partnership between it, district heating/cooling provider Stockholm Exergi, electricity distributor Ellevio, dark fibre provider Stokab and the City of Stockholm. Collectively driven by a vision of creating a sustainable, waste-free city that’s entirely free of fossil fuels by 2040, SDP’s contribution lies in the unique opportunity presented by the rapidly expanding data centre sector. Focused on making Stockholm as attractive to the industry as possible, the initiative believes that the waste heat expended by data centres may hold the key to making the city a beacon of sustainability.

Erik Rylander, Head of SDP, knows the energy sector well and put his insights to good use when the idea was first launched. “My career has been a mixture of very different fields within energy and it has been mostly centred on heating and cooling, but also gas. With SDP, we really took the initiative to make the data center industry more sustainable.” Although heat recovery is now widely accepted by the European industry, this was not always the case. Spotting the opportunity relatively early (circa 2014-15), SDP anticipated the global shift towards the widespread adoption of eco-friendly measures in business, though others were left perplexed. “At that time, the industry was very sceptical,” explains Rylander. “People didn’t really see the need for it; they saw it as a problem and didn't want to start implementing new technology.” Adding to the opposition was a customer base that was seemingly indifferent, and a paucity of environmental initiatives on the global stage.

“Now, it’s really different: many things have happened to help us move into the position we are in. For example, Greenpeace started to publish the Click Clean Report and then the Paris Agreement came around in 2016,” says Rylander. With industry heavyweights like Microsoft now edging towards carbon-negativity and Jeff Bezos of Amazon pledging US$10bn to fight climate change, SDP is truly a pioneer in promoting sustainability schemes that are taking more widespread precedence in 2020.

Also the Head of Open District Heating (ODH) at Stockholm Exergi, Rylander explains that the whole process actually starts with ODH, which provides the business model of the venture. Taking advantage of a 2,800km network of district heating/cooling pipes that snake underground around Stockholm, a scheme was started in 2014 wherein businesses were approached and asked if they were willing to sell their excess/wasted heat energy on a fluctuating price scale (depending on the outside temperature). “If we can buy heat from someone at a price lower than it would have cost to produce it, that’s the real business behind heat recovery: we are saving money and companies will be paid for something that is generally regarded as waste,” Rylander states. By establishing a market for waste heat in Stockholm, ODH is playing an essential part in helping Stockholm reach its goal of using 100% renewable or recovered energy for its district heating by 2030, as well as being totally carbon neutral by 2040. “Currently, we are 90% carbon neutral, so that remaining 10% will need to be offset and one way to do that is to increase the use of heat recovery.”

After several pilot studies were launched in 2016 to identify how heat recovery could best be utilised, it was discovered that the data centre industry provided the most effective source. With the global data industry’s total consumption of electricity estimated at a huge 416.2 TWh (the entire UK’s consumption is roughly 300 TWh), SDP was established to attract more data centre investments to Stockholm and, by extension, a greater pool of heat recovery potential. “Our purpose remains to make this city more sustainable because we, as the providers of heating and cooling in the city, have a responsibility to furthering sustainability,” says Rylander. “It’s really important that we make the City of Stockholm fit for the future.” With its focus on the rapidly growing data centre sector, which is also highly compatible with an urban environment, SDP provides the catalyst for scaling up this vision.

Favouring an approach which establishes trusting and long-lasting connections with partners and suppliers, the collaboration with heat pump supplier Carrier is an example of co-operation morphing into enduring synergy. “Carrier has been an important partner to the heat recovery concept,” explains Rylander. “From an early point, it showed a strong commitment and belief in the idea; Carrier also believes that heat recovery will become increasingly important.” Stating that the company actually adjusted its product portfolio to fit the heat recovery concept, Rylander affirms that Carrier put its trust in heat recovery and took a chance to help it succeed. “Without them, we wouldn't have been able to get as far as we have,” he says.

Success might be inevitable for the SDP initiative, as it ties in with a growing global movement: the circular economy. Seeking to eliminate ‘one use’ methodologies in business, circular economic ideas revolve around the principle of minimising ‘inputs’ and maximising the reusing,  remaking and recycling of waste products. “It’s really about reusing whatever you can again and again so that you are not wasting anything,” Rylander explains. “Heat is generated whilst running data servers, which we can then capture and reuse as energy to heat Stockholm. Technically the included components are well established, but, for some cities, installing a decent heating system might be an issue.” This is the main benefit of Stockholm’s infrastructure - 95% of the buildings in the city are connected to a heating system that can be utilised for heat recovery. It is a testament to SDP’s innovative concept, which, whilst not relying on cutting-edge technology,  demonstrates an intelligent usage of existing infrastructure to make it work.

Sweden’s low power cost (approximately €0.19 per kWh) and low national carbon footprint (20g of carbon per kWh, as opposed to the EU average of 450g) provide additional incentives to data centre companies scouting areas for investment. The country’s strong stance on combating climate change could make it very attractive to tech industry hyperscalers - such as Facebook and Google - who are looking for effective ways to simultaneously expand their business and mitigate their carbon emissions. Validation of SDP’s concept was given in 2017 when the Kista data park was established north of Stockholm. “The first milestone we had to reach was international investment coming into Sweden on this platform. That is what we achieved with the Kista site,” Rylander says. “As data centres grow, we will be able to recover approximately 40MW of heat from them, enough to heat around 80,000 modern residential flats.” This was followed in 2019 with the launch of the Brista site as an opportunity for data center investment, with plans to launch a third site in Skarpnäck, south of Stockholm, currently underway.

An added benefit of Stockholm is its wide-spread optical network connecting practically all buildings in the city. Further, the city is exceptionally well connected to the rest of Europe with more than 350 million end-users reachable with 30 milliseconds of round-trip delay.

Looking forward to 2020, Rylander is keen for SDP’s signed contracts to materialise into construction projects. Now that the initiative’s concept has been proved, SDP will continue to push for Stockholm to be a truly modern city: sustainable, low-carbon and digital. However, not satisfied with merely achieving carbon neutrality, Rylander’s company - Stockholm Exergi - will also be exploring taking sustainability to the next level with carbon capture technology. “There is no scenario that scientists have been able to identify which will allow us to reach the targets of the Paris Agreement globally without carbon capture and storage,” he claims. “The data centre industry already understands that this is the next phase to move into. We have a good starting point for applying carbon capture technology that will eventually bring negative emissions into the market.” 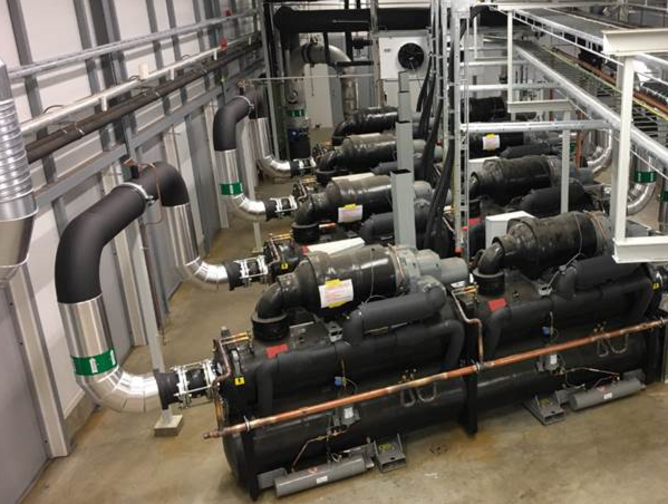 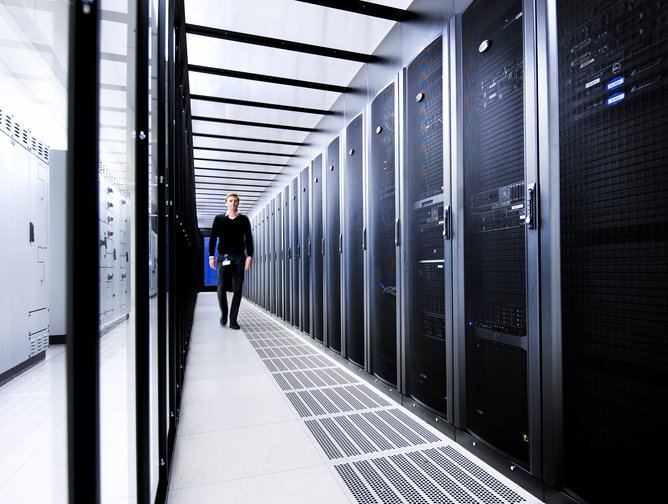 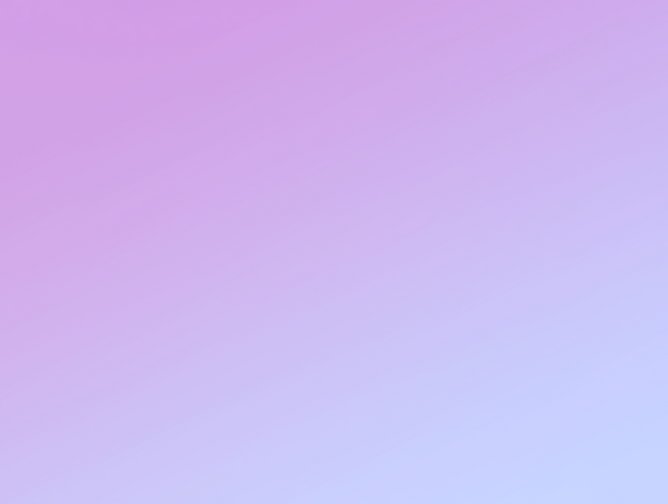