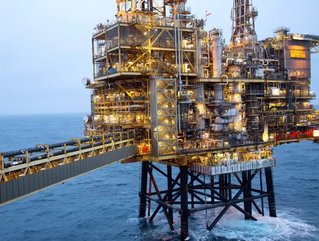 Siccar Point Energy has confirmed that Shell, its partner in the Cambo development, has pulled out investing in the west Shetland project.

Shell said the project was not economically viable, according to reports, although enviromentalists have seized on the announcement as a turning point in UK fossil fuels E&P, coming soon after the COP26 conference.

Jonathan Roger, ceo of Siccar Point Energy, believes Cambo remains critical to the UK’s energy security and economy. The Cambo field is expected to produce oil and gas for approximately 25 years and targets first oil from 2025.

"Whilst we are disappointed at Shell’s change of position, we remain confident about the qualities of a project that will not only create over 1,000 direct jobs as well as thousands more in the supply chain, but also help ease the UK’s transition to a low carbon future through responsibly produced domestic oil instead of becoming even more dependent on imports, with a relatively higher carbon intensity," he said.

It will continue to engage with the UK Government and wider stakeholders on the future development of Cambo, saying both companies have carried out many months of due diligence and assurance, stakeholder and regulatory consultation.

"A ‘cliff-edge’ transition, by cutting UK gas and oil production, would risk jobs and leave the country reliant on imports, often from less regulated countries – doing nothing to cut demand or emissions," added Roger.

He said Cambo would help to reduce the volume of imports required, by delivering up to 170 million barrels of oil equivalent during its 25-year operational life and provide a further 53.5 billion cubic feet of gas – enough to power 1.5 million homes for a year.

The proposed development is situated at water depths of between 1,050m in the southeast to 1,100m in the northwest within the Faroe-Shetland Channel, with the Gas Export Pipeline route situated at depths of 1,085m to 190m.

The hydrocarbons Cambo would produce are suitable for a UK and European market, helping to support domestic supply during the period that renewable energy is expected to scale to levels to meet UK energy demands.

“Given Shell’s decision, we are now in discussions with our contractors, supply chain and wider stakeholders to review options for this important development,” he added.

Earlier this year Cambo underwent a Net Zero Stewardship Expectation review by OGA, which informed the field development plan. The development will be on average 50% lower in emissions from the outset than existing fields thanks to a vast range of measures and it will also be built electrification ready to take power from renewable energy when feasible. Cambo has undergone three rounds of environmental statement consultations and consulted wide ranging stakeholders.

Shell - which recently proposed a simplified structure - continues to court renewables and together with Stiesdal Offshore Technologies, RWE and TEPCO, it has delivered first power to the TetraSpar demo project in Norway. The 3.6MW floating wind turbine now enters testing to help pave the way for commercial scale projects. Last week Shell and NIOGlobal signed a strategic cooperation to improve the charging experience for electric vehicle drivers globally.

But for all the growth in wind and solar, the commercial reality is oil and gas will remain a multi-trillion-dollar market for decades, according to McKinsey.

"We expect growth in demand for hydrocarbons, particularly oil, to peak in the 2030s, and then begin a slow decline," it states.

"Industry fundamentals have changed and the rules of the next normal will be tough. But strong performers - with resilient portfolios, innovation, and superior operating models, potentially very different from today - can outperform. The time for visionary thinking and bold action is now."

In a presentation earlier this year, Shell outlined how it would reach its net zero target by 2050 and highlighted the importance of new energy and a further push for more gas than oil in its asset portfolio. At the same time, it forecast an annual decline of between one and two per cent in its oil output, with no entry to new frontier projects after 2025.

“With current oil prices high, I think investment in the Cambo field made good economic sense, but expectations about both the role of oil and its price in the future somewhat dampens the strength of this case," he said.

“The North Sea is central to pricing oil through the Brent price benchmark (or, to be more precise, the Brent-Forties-Oseberg-Ekofisk-Troll benchmark), but as a producer it is relatively small. For instance, the UK section of the North Sea produced just over one million barrels per day (mbpd) in 2020, which was just half of the Norwegian production of two mbpd. The Cambo field is only expected to produce around 50 thousand barrels per day (kbpd) when it peaks towards the end of this decade, and the estimated addition of its reserves to Shell may not be worth the negative press it has received and would probably have continued to receive."

Professor Tamvakis does not foresee any deep or lasting impact on oil prices and although environmental factors are important, recent events have highlighted how reliant we are on oil, even as we progress towards becoming more eco-friendly - echoing McKinsey's report.

“Environmental aspirations are a worthy consideration, and Shell’s decision will be seen as a victory for activists, but think for a moment how we all panicked a few weeks ago when there was not enough fuel at petrol stations,” he added.

“This was down to a lack of tank drivers, and not a shortfall in supply. Are we all quite ready to abandon our internal combustion engines for electric vehicles?"

Shell's Shearwater platform, off the coast of Aberdeen, is pictured.