The complexities of Russia, sanctions, energy and technology 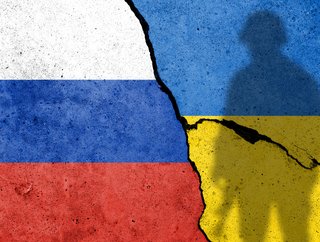 It's hard to believe we're only two months into the year, such are the storms swirling around the energy industry.

After Shell and bp posted huge profits which prompted calls for windfall taxes, storm Eunice and Franklin wreaked havoc, and amid geopolitical tensions and ongoing supply issues oil broke through US$100 for the first time since 2014.

Sanctions have been imposed in a bid to deter President Putin from further aggression. EU Commission President Ursula von der Leyen stated: "We will freeze Russian assets in the European Union and stop the access of Russian banks to European financial markets." German chancellor Olaf Sholz said Germany would suspend its agreement with Russia to use the Nord Stream 2 natural gas pipeline.

US President Biden announced new debt and equity restrictions on 13 of the most critical major Russian enterprises and entities, including Gazprombank, Gazprom (which is also set to lose its £66m sponsorship with football body UEFA), Gazprom Neft, RusHydro and Alrosa, and confirmed the freeze on the pipeline. "We've worked with Germany to ensure Nord Stream 2 will not - as I promised - will not move forward," he said.

So far sanctions have avoided the most sensitive economic subject regarding energy exports. The European Union receives nearly 40% of its gas and more than 25% of its oil from Russia, so the stakes couldn't be higher, especially with Europe already embroiled in an energy crisis. So what happens next, for all concerned?

"While we see energy sanctions as a big leap for Russia-dependent euro economies, Brent prices exceeding $100/bbl imply the loss of ~1.5 MMbbl/d, which is tighter relative to our base model," said Ian Nieboer, report author and managing director of Enverus' Global (International) Energy Analytics business. "This amounts to about 20% of Russian crude and refined product exports. Whether that is accurate will depend upon the coordination of Western sanctions, battlefield developments and whether President Vladimir Putin decides to wield the energy weapon himself."

He added benchmark oil prices have incorporated a meaningful geopolitical risk premium - perhaps $10-$15 - so far this year. The combination of slow-to-arrive, but still expected, US supply growth, shrinking OPEC spare capacity, and strong demand amid increasing geopolitical tensions focused on - but not exclusive to - Russia and Ukraine have driven prompt Brent toward $100.

Russia could lose access to the Swift payments system but that would impact internationally as payments for energy and agricultural products would be severely disrupted. UK energy consumers, already braced for a £2,000 a year hit from April once the price cap is lifted, could see their energy bills rise by an additional £1,000 in the new inflationary environment.

bp is facing growing calls to exit its "untenable" 19.75% stake in Rosneft, according to reports. Currently it has three joint ventures in Russia:

Another intriguing dimension is the role of China, where Putin visited earlier this month. "China and Russia will strengthen their strategic partnership in energy, steadily advance major oil and gas cooperation projects, and advance cooperation of scientific and technological innovation in frontier areas such as artificial intelligence, the Internet of Things and the International Lunar Research Station project," according to a statement attributed to President Xi Jinping.

Virgin Group Founder Sir Richard Branson said Russia's actions are a unilateral, unprovoked act of aggression that must not only be condemned in the strongest terms, but met with the strongest of responses.

"The full range of sanctions must be imposed, and Ukraine deserves the full support of the global community," he said.

"For business leaders, this is the moment to come together and stand up for Ukraine's sovereignty. Even if it comes at a price, all of us should send a clear message that unilateral aggression is always unacceptable and that the global business community will support the full range of sanctions against any nation that seeks to violate the sovereignty of another."

Mike Wills, director of strategy and policy at cyber and data security firm CSS Assure, said businesses should make themselves as hard to hack as possible at all times – but now more so than ever.

“From a strategic perspective, there is a significant risk that Russia may seek to create instability within western countries and, specifically, the UK as a means to distract focus and attention away from the situation in Ukraine and onto closer, acute problems at home," he said.

“In this day and age, this is easier to achieve virtually by means of cyber attacks. To achieve instability and distraction, we may find attacks targeting services that we rely on heavily on a day-to-day basis, such as health, banking, utilities, water, transport infrastructure and supply chains.

“Critical national infrastructure should be relatively hardened to attacks and they will, more than ever, be at a heightened state of vigilance. The attackers know this and, therefore, may be looking to find less obvious routes to target these institutions – potentially through suppliers, which are typically easier to hack.”

Michal Salat, Threat Intelligence Director at Avast, warned scammers who have started to lure money out of people by pretending they are Ukrainians in desperate need of financial help. In the past, we have seen similar lures for people stuck while travelling or looking for love. Attackers do not have any moral barriers and will use any opportunity to get money out of people willing to help.

"We strongly advise not to send any money, especially in any form of cryptocurrency," he said. "If you’d like to help people in Ukraine, please do so through a trusted organisation operating in that region.

"We also advise that consumers in both countries take steps to protect themselves from the anticipated higher volume of cyberattacks. They should ensure that their computer is fully updated (both system and applications), use quality security software, and pay the utmost attention to unexpected emails or chat links. It is important to remember that there will now be a massive spread of misinformation about the crisis, and cyber attackers (whether politically motivated or not) will take advantage of this."

Cybersecurity firm Darktrace saw its shares rise 14.1% in response to rising fears over hacking, while Meta Platforms, the parent company of Facebook, Instagram and WhatsApp, announced it will bar Russian state media from running ads or monetising on its platforms anywhere in the world.

How to protect your business from a cyber attack

Heightened vigilance and discipline are critical to defending against a cyber attack, added Wills. He advises the following tips: