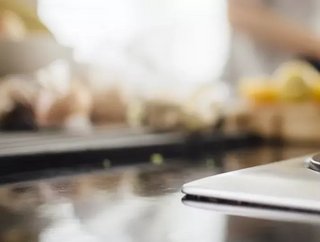 As the UK faces nothing short of an energy crisis, Ofgem chief Johnathan Brearley flags the likelihood that more suppliers will fold in the coming months

The past week has seen turmoil for the UK energy industry. With rising gas prices and energy suppliers dropping like flies, the country is facing the bleak possibility of a very dark, very cold, very uncertain winter. And now, according to SkyNews, Ofgem Chief Johnathan Brearley is prepping the public for more suppliers to go bust.

The sharp spike in gas prices is supposedly not as temporary as first thought, creating a dismal outlook for already struggling energy suppliers relying on the price increase being short and sharp and over with quickly. And if more energy suppliers cave, more customers are left without a supplier come some of the coldest, darkest months of the year.

“Have a look at the change in gas price - it really is something that we don’t think we’ve seen before at this pace,” says Brearley.

“We do expect a large number of customers to be affected, we’ve already seen hundreds of thousands of customers affected, that may well go well above that.

Just like it’s hard for Brearley to place a figure on just how many firms will fall through during the period of increased prices. Speaking at a Business, Energy, and Industrial Strategy Select Committee hearing, he notes that suppliers going out of business isn’t something out of the ordinary, but it’s the drastic change in prices that is causing such a stir.

“We do expect more [suppliers] not to be able to face the circumstances we’re in but it’s genuinely hard to say more than that, partly because that means predicting what may happen to the gas price.”

According to the Chief Executive of supplier trade body Energy UK, Emma Pinchbeck, the Government and Ofgem were both preempted about the unstable state of the energy industry almost two years ago, raising the question as to why the UK is in the state it is in now.

“I took this job a year ago,” she says. “When I was hired, the chairman of Energy UK said that your biggest challenge is going to be the vulnerability of the retail market.

“I know that for a year or more before that my team have been making the case to the regulator and the government that the sector is fragile.

“There’s a short-term crisis here, which is in some ways out of our control - it’s to do with the gas prices - but it’s been exacerbated and arguably caused by our regulatory design.

“And that is a resilience and security of supply risk in the future. It’s terrible news for customers in the long run.”