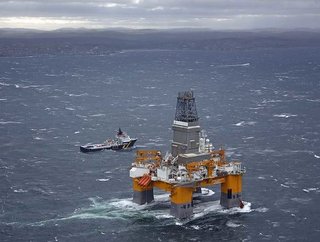 UK Chancellor Rishi Sunak has confirmed it will introduce a windfall tax on oil and gas companies, ending months of speculation.

The 'temporary levy' on the profits of oil and gas companies will be set at 25%.

The UK Government, while reluctant to impose the tax and foster energy investment, has been forced into a u-turn amid spiralling prices which is set to send up to 12mn consumers into fuel poverty. The price cap will soar from £1,971 to £2,800 a year in October.

The UK Government's position has been eased by oil majors such as bp pledging to invest £18bn in the UK’s energy system by the end of 2030.

Speaking on Sky News, Adam Scorer, Chief Executive of the National Energy Group, said it was the first bit of good news in the nine months of the energy crisis.

"The depth of the crisis has hit home," he said. "People's lives are being destroyed by the current level of energy prices, and the prospect of going into the heating season, we needed something on this scale and targeted.

"It's not just people on the lowest incomes, those in the least-efficient homes are still going to suffer. The government needs to step up its activity on energy efficiency, and we need the regulatory system to be focused on the interests of people that can't afford to pay. But it's better than I expected."

Polly Billington, Chief Executive of UK100, said the one-off tax is a "sticking plaster" with prices set to rise again in the autumn, and prospect of high gas prices for years to come.

"To avoid throwing good money after bad, the Government needs to support people to lower their bills in the long term. That means doubling down on renewable energy ambitions and being open to changing its mind on onshore wind," she said.

"It also means boosting support for a nationwide, locally-led programme to upgrade our draughty homes while accelerating the transition from expensive gas boilers to clean heating. Not only will this help bring down household energy bills, but it will also drive progress toward our Net Zero targets.”

The new taxes imposed on the UK’s offshore oil and gas operators are a backward step by a government which, just weeks ago, pledged to build a greener and more energy-independent nation, according to Offshore Energies UK.

Deirdre Michie, OEUK’s chief executive, said investor confidence depended on taxes being predictable so the introduction of a new one, without any formal consultation, would also undermine investment in offshore wind and other low-carbon energies – whose expansion was another key element of last month’s strategy.

“This is a disappointing and worrying development for industry, the shockwaves of which will be felt in offshore energy jobs and communities, and by consumers, for years to come," she said.

To read a column assessing the motives of a windfall tax, click here.