Assessing the motives of an energy windfall tax 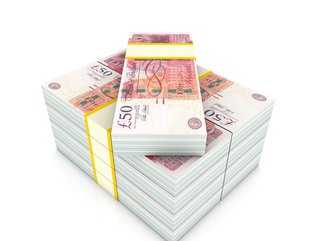 In recent weeks, energy companies have seen a dramatic soar in their profits due to the increase in oil and gas trading post-pandemic and also as a result of Russia’s invasion of Ukraine. As such, the UK Government has come under pressure to introduce a windfall profits tax on these energy companies.

The purpose of a windfall profits tax is to tax profits that companies have made as a result of external circumstances beyond their control – in other words to tax luck, not labour.

Energy prices in the UK are continuing to rise, meaning that households across the UK are struggling to pay their energy bills. The introduction of a windfall profits tax in the energy sector could exacerbate this problem. Whilst the proposed tax is intended to only target the ‘unearned’ profits of the energy companies, it is possible that this additional cost could be passed on to consumers.

Furthermore, the motive for introducing such a tax needs to be considered. It could be argued that the purpose of introducing a windfall profits tax is to rectify the unjust enrichment that the energy sector is receiving through its unexpected profits. However, is the most appropriate way to resolve this unjust enrichment through tax that is collected by the government?

In order for the public to be satisfied with this rectification, it will need to be clear how and where the money collected from the windfall profits tax is being used – is it being channelled to those who are suffering most from the cost of living crisis? Otherwise, a more obvious way to reverse this perceived unjust enrichment is to leave the additional profits with the energy companies so that they can use the profits to benefit customers.

Another potential motive for the introduction of a windfall profits tax is so that the government can get at the wealth and income of the energy company shareholders. If that is the case, it makes more sense to implement measures that will directly affect these shareholders (e.g. dividend embargoes).

Charlotte Sallabank is partner, and Christy Wilson, associate, at Katten Muchin Rosenman, which is a full-service law firm with nearly 650 attorneys in locations across London, Shanghai and US.