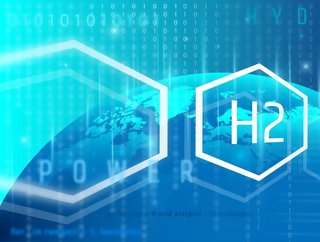 The findings from Robert Howarth at Cornell University and Mark Jacobson from Stanford University are likely to send shockwaves globally as international investment steps up in hydrogen to meet net zero targets, and comes shortly after the release of the IPCC report which said rapid and sustained actions are needed to reduce carbon dioxide emissions.

The new report states the vast majority of hydrogen (96%) is generated from fossil fuels, particularly from steam methane reforming (SMR) of natural gas but also from coal gasification.

"Often, blue hydrogen is described as having zero or low greenhouse gas emissions," the report states. "However, this is not true: not all of carbon dioxide emissions can be captured, and some carbon dioxide is emitted during the production of blue hydrogen. Further, to date no peer-reviewed analysis has considered methane emissions associated with producing the natural gas needed to generate blue hydrogen."

It adds methane is a powerful greenhouse gas and compared mass-to-mass, is more than 100 times more powerful as a warming agent than carbon dioxide for the time both gases are in the atmosphere, and causes 86 times the warming as carbon dioxide over an integrated 20-year time frame after a pulsed emission of the two gases.

The best-case scenario for producing blue hydrogen, using renewable electricity instead of natural gas to power the processes, suggests to us that there really is no role for blue hydrogen in a carbon-free future, the report adds.

"Greenhouse gas emissions remain high, and there would also be a substantial consumption of renewable electricity, which represents an opportunity cost. We believe the renewable electricity could be better used by society in other ways, replacing the use of fossil fuels," it states. "Similarly, we see no advantage in using blue hydrogen powered by natural gas compared with simply using the natural gas directly for heat."

Green hydrogen projects - which generate hydrogen using zero-carbon sources such as renewables or nuclear power - currently dominate the market, with 52 operational projects globally. Four blue hydrogen projects are currently underway in the UK, and one in Sweden and the Netherlands, according to the Hydrogen Map.