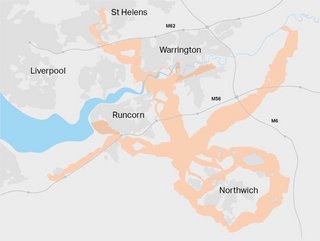 The route for Cadent’s HyNet North West Hydrogen Pipeline in north-west England is out for public consultation until March 11.

Cadent has identified a potential route extending to Northwich, St Helens, Partington and Stanlow, with hydrogen produced at the Stanlow Manufacturing Complex transported to industrial users and power generators across the region.

The project has the potential to prevent 10 million tonnes of carbon dioxide per year being emitted into the atmosphere by 2030. The project will also secure existing high skilled employment in the region and introduce new green jobs for future generations.

Local residents are now being asked to help Cadent develop the route of the pipeline and sites for other related infrastructure. Cadent has launched an online consultation hub where people can find out more about the project and provide feedback. The project will also be holding eight in-person events across the project area and two webinars.

Rob Donovan, Cadent Head of Project Delivery for HyNet said: “We are excited to launch our consultation on our proposals and get the thoughts of local people to help us identify the best route for the pipeline. Cadent is committed to supporting a Net Zero Carbon future for the UK. Delivery of these plans will be essential to unlocking the ambitions of HyNet North West which would benefit the area for many years and generations to come.”

Expected to begin in the mid-2020s, the partnership could reduce the CO2 emissions from the Runcorn power station by over 150,000 tonnes each year, the equivalent of taking 60,000 cars off the road every year.