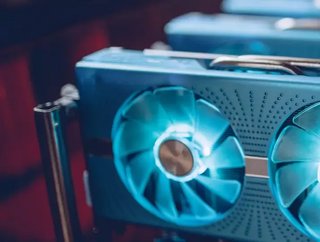 With a current market cap of around US$1tn, Bitcoin is becoming increasingly more popular among businesses and individuals as cryptocurrency becomes the easiest method of trading and has proven to be very profitable, even for those with no trading experience. The price of bitcoin was recorded at around US$7,984.62 on the 18th of May 2020 by the popular crypto trading platform, Coinbase. Since February 2021, the currency has fluctuated between US$30,000 and US$50,000.

As other cryptocurrencies begin to increase in price, there are increased concerns about the industry’s environmental impact.

The Impact of Digital Mining

There is no doubt that environmental issues are high on the agenda for large organisations around the world. Recently Elon Musk, CEO of Tesla Motors, announced that he would suspend the use of bitcoin in purchasing Tesla vehicles. This was a sudden change as Musk had only announced around two months ago that Tesla would accept bitcoin as payment. Musk explained in a recent tweet that the company does not plan to sell any of its US$2.48bn worth of holdings but plans to continue using them once mining is more sustainable.

Musk claims that his decision was influenced by concerns about the energy consumption of the cryptocurrency due to its popularity and drastic price increase. According to the Cambridge Bitcoin Electricity Consumption Index, the electricity consumption of BTC increased by more than 163% in the second half of February 2021, in the very early stages of its price surge.

It is clear that cryptocurrency has integrated itself into the financial industry. However, with leaders across the world planning for a more sustainable future, it is clear the sustainability aspect of cryptocurrency needs to be addressed. A recent New York bill proposes a moratorium of crypto mining centres, as authorities wish to assess the industry’s environmental impact more thoroughly. The United Kingdom is also likely to address concerns following Prime Minister Boris Johnson’s launch of the country's ambitious plans for a 68% reduction in greenhouse gas emissions by 2030.

Realistically, cryptocurrency and blockchains would need to be powered by 100% renewable energy sources to be truly sustainable. This is one of the targets set by the Crypto Climate Accord (CCA), which works with over 40 supporters, including Ripple, World Economic Forum, Energy Web Foundation, Rocky Mountain Institute and ConsenSys.

76% of crypto hashers claim to be using renewable energy sources to power their processes, but only 39% of the energy consumed in hashing is renewable. Despite claims that the industry is using more renewable energy, there are significant questions about whether this is actually the case. Developments are likely to be required to allow continued cryptocurrency mining in the future. The CCA is currently working to standardise mining and make renewable energy more accessible for the industry ─ with the hope that, one day, cryptocurrencies and blockchain technology can align with the increasingly prevalent global drive for sustainable practices.