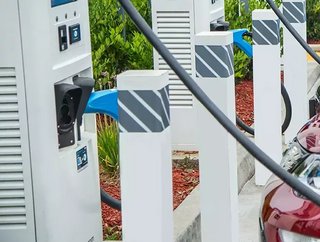 The US-based automotive manufacturer, General Motors (GM) announced it is on target to reach 100% renewable energy in the US before its current target date. The company believes it will meet the target five years earlier than it had expected, which also makes it 25 years before the previous target.

As the company make significant progress in mitigating its direct carbon emissions, it hopes to avoid the production of around one million metric tonnes thanks to its earlier adoption of renewable energy supplies. ‘We know climate action is a priority and every company must push itself to decarbonize further and faster’, says Kristen Siemen, Chief Sustainability Officer at General Motors. ‘That’s what we are doing by aiming to achieve 100% renewable energy five years earlier in the U.S. as we continue to advance on our commitment to lead an all-electric, carbon-neutral future’.

How can GM make these predictions? It has recently adopted its own Science-based Targets, as well as many other goals, such as reaching carbon neutrality by 2040, reducing the exhaust emissions of its light-duty vehicles by 2035, and it will also put US$35bn into electric and autonomous transport, with plans to introduce 30 electric vehicles (EVs) in the next four years.

The Climate Group has discussed the importance of GM’s willingness to switch to renewable energy sources. ‘We're delighted that GM has raised the ambition of their 100% renewable electricity journey and brought forward their target to 2025’, says Sam Kimmins, Head of RE100 at Climate Group. ‘This is the sort of urgent action that is needed to halve global carbon emissions by 2030 and tackle the climate crisis. We need all businesses to commit to using 100% renewable electricity and drive the renewable power transition at the pace and scale required’.

While GM is focusing its efforts towards a more sustainable future, it will also maintain the inclusivity of its workforce and will develop processes to support customers and communities with a disproportionate impact on climate change.