Hyundai Expands Hydrogen Fuel-Cell Offering to the US 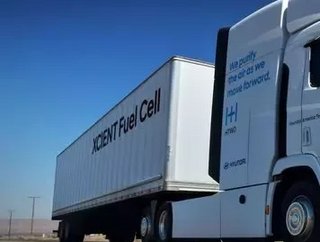 Hydrogen fuel cell technology is one of the main developments happening at Hyundai at the moment. The company is actively pursuing a net-zero status through its plans to release 18 new electrified vehicles by 2025, of which it has already released one of them—the Hyundai NEXO. But the vehicle manufacturer is focusing its efforts beyond the consumer market.

Hyundai has announced it is bringing 30 of its hydrogen fuel-cell heavy-duty trucks to California following grant funding. The company claims that it will be the largest deployment of Class 8 hydrogen-powered trucks in the US. It also claims its Xcient Fuel Cell truck is the world’s first mass-produced, heavy-duty truck that runs on hydrogen power. This is what the demo trucks will be based on for this project set to deploy in the second quarter of 2023.

The California project marks the beginning of the company’s ambitious goals for mass hydrogen fuel-cell truck distribution. In 2020, the company announced its plans to manufacture and deliver 1,600 of its Xcient Fuel Cell Trucks across Europe by 2025. The rollout began last year as Hyundai sent the 46 vehicles to be operated in Switzerland.

The trucks that Hyundai will deliver to California will differ from the European model, with a larger hydrogen storage capacity, which will allow for a longer range of 500-miles. Thanks to the company’s previous success with the vehicles, it will accelerate the launch of its zero-emission commercial trucks in North America, which is already being discussed with some US commercial and logistics companies that will make the switch to alternative transport vehicles.

Hydrogen Fuel-Cell Logistics in the US

Hyundai is working as part of a consortium─for the North California project, co-led with the Center for Transportation and Environment (CTE), and including the California Air Resources Board (CARB) and the California Energy Commission—which have supplied grant funding of US$22mn. It will also receive additional funding of US$7mn from the Alameda County Transportation Commission (CTC) and the Bay Area Air Quality Management District (BAAQMD).

To successfully implement these trucks, the consortium will establish a high-capacity hydrogen refuelling station in Oakland, California, using fuel supplied by Air Liquide. The fueling will support up to 50 trucks and provide back-to-back fuelling to allow the project to run successfully. Meanwhile, in southern California, Hyundai will be putting another US$500,000 of grant funding to work as it demonstrates the use of two Class 8 trucks with the notion of reducing the dependence on diesel power. This project will involve another hydrogen fuelling station, installed in collaboration with First Element Fuel.

For more energy insights, check out the latest issue of Energy Digital magazine.