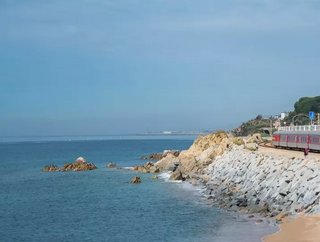 In many cases, companies cannot simply apply electrified transportation methods to existing infrastructure. But, thanks to the development of hydrogen fuelling methods the transition from fossil fuel to zero-emissions alternatives can be much smoother. Repsol and Talgo have announced they are working together to further decarbonise rail transportation in the Iberian Peninsula.

This development is not a first of its kind, and in no way will it claim to be. The Coradia iLint was developed by Alstom - headquartered in France. In 2018, the train was launched for commercial service in Germany as the world’s first passenger train powered by a hydrogen fuel cell. Alongside the railway decarbonisation project, Alstom has worked on other sustainable mobility solutions and is committed to the design and delivery of innovative transportation solutions.

Encouraging the Use of Hydrogen Fuel

Repsol, a global energy company, has entered into an agreement with Talgo to decarbonise its hydrogen-powered train. The agreement means that Repsol will provide renewable energy infrastructure and logistical means to supply the rail network. The plans will support the objectives of the hydrogen roadmap agreed by the Spanish Government, which involves the implementation of two hydrogen-powered commercial train lines by 2030.

The development of emissions-free trains will go a long way towards the decarbonisation of railway lines - more so on secondary rail networks. To meet this target, Talgo will produce its Vittal One train; a model suited to medium-distance and commuting that is powered by hydrogen fuel cells. A conceptual model of the train is set to launch on track in November 2022.

How Does the Train Operate?

The Vittal One uses electric motors that are capable of converting the energy from hydrogen cells into an electric current. This method of operating is suitable for non-electrified railway lines and does not require any track modifications for trains to launch. This is suitable for some regions with less-developed railway lines.

The production of hydrogen is where Repsol comes in. The company will make use of organic waste to generate biogas at its industrial centres, which will be used to produce renewable hydrogen. Repsol will operate two electrolysers based in Cartagena and Petronor with a capacity of 100MW, which will be used to supply its complexes with renewable hydrogen.

For more energy insights, check out the latest issue of Energy Digital magazine.