Transport for London: The switch to clean energy transport 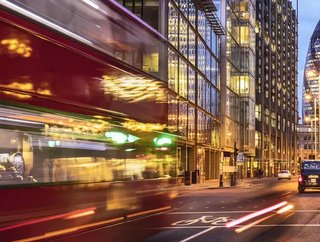 Transport for London (TfL) is doing its part to achieve net-zero, by adapting the London transport network to use clean energy sources

To understand how far public transport has come, it’s important to understand where it came from. Not only has it transformed the way that we move around in the 21st century, but for London, it has become a symbol of the popular capital city. The big red bus, which is associated with London, has come a long way since the earlier days of public transport.

The history of Transport for London

In 1832, regulatory action was taken to mitigate monopoly power within London’s public transport sector. What followed was a period of intense competition between public bus companies as they pushed for their positions on the road, which was only until 1856 when the majority of public buses had been acquired by the London General Omnibus Company (LGOC). Following a long period of change leading up to 2000, Transport for London (TfL) took ownership of London buses as the government had privatised the sector.

In September 2021, London Mayor Sadiq Khan announced that all London buses would operate on a net-zero basis by 2030 and the organisation has since adopted hydrogen power as well as hybrid technology and all-electric buses. It previously announced an order for more than 500 net-zero buses in London, out of a total fleet of 9,000, including those powered by diesel. The Mayor made the decision to switch to net-zero alternatives to improve the air quality in London and the efficiency of its fleet.

While the plans for London’s public transport speak wonders about the organisation’s sustainability commitments, the shift to net-zero isn’t as simple as it may seem. The corporation has recently experienced financial constraints, struggling to gain funding for these important improvements.

Beyond the development of net-zero public transport

Aside from its commitments to increasing the number of net-zero buses on its roads, London has further plans to become a green city. The Corporate Environment Plan 2021 sets out how London will become a zero-carbon city and the key areas that must be addressed. The organisation outlines its decarbonisation initiatives to meet targets, such as the reduction of 900,000 tonnes of Scope one and Scope two carbon emissions from its operations. Further targets have been put in place for Scope three emissions in its entire transport network and its infrastructure and supply chain.

While its operations are at the forefront of its sustainability strategy, progress has also been made in other areas. The environment plan explains some other focal points, including energy reduction and renewable energy acquisitions. In March 2021, the Mayor announced a significant development in TfL’s energy procurement strategy as the organisation plans to acquire renewable energy through power purchase agreements.

For more net-zero insights, check out the latest issue of Energy Digital Magazine.