Wind Energy Ireland strives for a reduction in energy prices 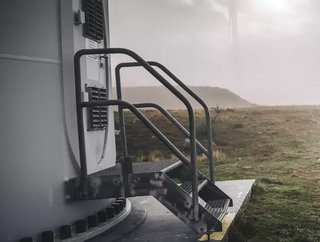 Noel Cunniffe of Wind Energy Ireland has expressed his concerns over the current energy prices in Ireland, despite increasing renewable applications

With such a push for renewable energy implementation, why are energy prices so high? Although businesses are making the necessary developments and acquisitions, the feedstock for current electricity, gas, is low in supply. As organisations are unable to pay the difference, consumers are now incurring these extra costs.

The energy pricing in Ireland

Wind Energy Ireland, the representative body for Irish wind power developments, is calling for the reduction of renewable energy prices as well as overall electricity bills for families and businesses in Ireland. The organisation’s leader has made these concerns known as he outlines the extent of Ireland’s sustainable energy development and its target of 80% renewable electricity by 2030.

Noel Cunniffe, Chief Executive Officer of Wind Energy Ireland, says, ‘Ireland has some of the best wind energy resources in the world and at some of the highest prices. It does not have to be this way. [...] The current spike in electricity prices is driven by factors largely beyond our control because we are so dependent on gas imports’.

‘The more we produce our own renewable energy, the more protected Irish consumers are from an out-of-control fossil fuel market. [...] We can produce electricity from Irish wind farms at half the price we are forced to charge but only with the right policies. [...] It will be the choices made by this government which will decide whether Irish consumers are paying the lowest, or the highest, possible prices for renewable electricity’, Cunniffe explains.

Cunniffe has suggested that several policies have affected the countries ability to generate further renewable energy with legislation on turbine heights, limitations on the current transmission system reducing its electricity capacity, liability rates for wind farms and the prices of contracts.

‘Every additional euro on the price of wholesale electricity works out at hundreds of millions added onto the bills of hardworking families. [...] Prices will only fall if projects can provide power at the best possible price. We need Government to work with us to push prices down. [...] Delays in the planning system, rising commercial rates and the legacy of decades of under-investment in our electricity grid all push up the price of power in Ireland’, says Cunniffe.

‘But there is no reason it has to stay this way when wind energy is available for half the price in other European markets. [...] Families and businesses want clean power, and they want cheap power. [...] They absolutely can have both but only if the Government works alongside industry to drive prices down as far as possible’.