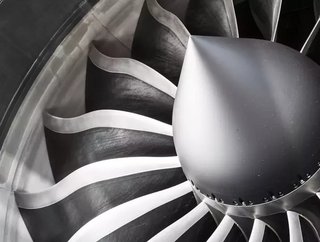 General Electric’s (GE) Aviation arm has launched a technology development as a result of its work with Safran Group, a leading international high-technology group. The partnership resulted in the development of a programme that targets aviation engines towards a 20% decrease in fuel consumption and CO2 emissions compared to current jet engines. The CFM revolutionary innovation for sustainable engines (RISE) programme will bring a new set of disruptive technologies to the industry, for the development of future engines, which will be implemented by the end of 2030.

Safran is a high-tech company that specialises in aviation technology - including propulsion equipment, interiors, and the defence and space market. The main purpose of the company is to become a leading organisation in sustainable aviation, allowing environmentally friendly air transport that is both comfortable and accessible. With €16.5bn in sales and a workforce of 79,000, the company partners with various organisations around the world.

GE has also signed a split agreement with CFM International regarding their intent to become the driving forces in sustainable aviation in line with the industry’s commitment to 50% less CO2 emissions by 2050. According to John Slattery, President and CEO of GE, “the relationship between GE and Safran today is the strongest it has ever been.”

“Together, through the RISE technology demonstration program, we are reinventing the future of flight, bringing an advanced suite of revolutionary technologies to market that will take the next generation of single-aisle aircraft to a new level of fuel efficiency and reduced emissions.  We fully embrace the sustainability imperative.  As we have always done in the past, we will deliver for the future,” Slattery says.

What Is The RISE Programme?

The aim of the RISE Programme - and partnerships with leading companies - is to develop new aviation technologies that become the foundation for the next generation of engine developments. The project’s implications could be seen by the end of 2030. In that period the organisation will aim to hit targets for fuel consumption and carbon emissions while ensuring that engines are compatible with renewable energy sources, including Sustainable Aviation Fuel (SAF).

The joint GE and Safran engineering team has already laid out a complete roadmap for the project including the development of composite fan blades, heat resistant metal alloys, ceramic matrix composites (CMCs), hybrid electric capability and additive manufacturing. State-of-the-art propulsive efficiency is at the heart of the project as both companies work towards drastically improving fuel efficiency and utilising hybrid electric systems to optimise engine efficiency and performance., while maintaining the same internal cabin experience.