Weighing up the costs of a Russia energy boycott 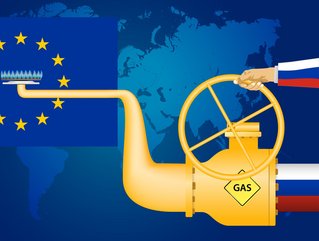 As the war intensifies in Ukraine, so too does the prospect of energy sanctions against Russia.

Unlike the rapid and extensive imposition of financial sanctions, energy has so far remained off limits. But cutting off Russia's energy supplies would have huge ramifications.

Energy sanctions against Russia 'are on the table'

The US says energy sanctions are "very much on the table" but it needs to weigh up carefully its impact. The Job Creators Network (JCN) recently erected a billboard in the heart of Times Square calling on President Biden to say “nyet” to Russian oil, but it's not that simple, given Russia is the third biggest exporter of energy to the US.

Across the Atlantic, the decision isn't any easier - particularly with much of Europe in the grips of an energy crisis. Around 60% of Russia’s oil exports are channelled through Europe and roughly 750 kb/d of crude oil is delivered to the continent via the Druzhba pipeline system.

Russia continues to supply around 40% of EU gas consumption. Last year Russian natural gas exports to the EU amounted to 1,550TWh via pipeline and around 120TWh via LNG, according to Bruegel.

Until the summer, the EU would likely be able to survive large-scale disruption to Russian gas supplies, based on a combination of increased LNG imports (to the limited extent this is technically possible) and demand-side measures such as industrial gas curtailments.

"However, this would come at a cost for the EU economy and might even result in some countries (those more exposed to Russian gas and less interconnected with other EU countries) having to take emergency measures," it concludes.

"But, should a halt of Russian gas be prolonged into the next winters, it would be more difficult for the EU to cope. On the supply side some spare import capacity is available but reaching the scale required to entirely replace Russian volumes would be at best very expensive, and at worst physically impossible."

President of Renew Europe, Stéphane Séjourné MEP, expects stronger sanctions to dry up the financing of the war, with trade embargoes on technology, oil and gas, seizures of oligarchs' properties, ending golden passports and residence rights. "These measures have a cost for our economies: we therefore call on Europe to mutualise these costs at European level for the countries and companies most exposed.’ he said.

With bp and Shell cutting ties with the Russian market - in the first week of this unfolding crisis - then a clear marker has been set for further restrictions. But governments must weigh up the costs of sanctions to businesses and consumers, many of whom are already facing soaring bills.

Russia's reaction to any energy sanctions could only exacerbate tensions in Ukraine and internationally, impacting all of us in today's digital-oriented world.

Mike Wills, director of strategy and policy at cyber and data security firm CSS Assure, said businesses should make themselves as hard to hack as possible at all times – but now more so than ever.

“From a strategic perspective, there is a significant risk that Russia may seek to create instability within western countries and, specifically, the UK as a means to distract focus and attention away from the situation in Ukraine and onto closer, acute problems at home," he said.

During an Extraordinary Governing Board, IEA member countries agreed to release 60mn barrels of oil from their emergency reserves to send a unified and strong message to global oil markets that there will be no shortfall in supplies as a result of the war. IEA members hold emergency stockpiles of 1.5bn barrels. Previous collective actions were taken in 2011, 2005 and 1991.

IEA Executive Director Fatih Birol, said: “The situation in energy markets is very serious and demands our full attention. Global energy security is under threat, putting the world economy at risk during a fragile stage of the recovery.”