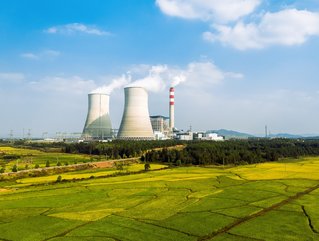 This week at Energy Digital, we heard more about the progress of renewable energy across the world & net-zero ambitions

Crowley, the US shipping and logistics company, has announced that it has awarded the Singapore-based Eastern Pacific Shipping (EPS) a contract for the charter of four newbuild containerships powered by liquified natural gas (LNG) for its US-Central America trade.

Crowley said that using the latest generation 1,400-TEU quartet is a reflection of both organisation’s commitment to the industry’s clean energy transition. By using LNG, the vessels will have significantly lower greenhouse gas emissions, such as sulphur oxide, carbon dioxide and nitrogen oxide, while eliminating particulate matter compared to conventional diesel fuel.

SEG Solar has announced that it plans to establish a PV module manufacturing plant in Houston, Texas, with an anticipated annual capacity of more than 2 gigawatts (GW).

The company said that construction of the facility will commence at the end of 2022, and that it expects it to be fully operational by mid-2023. The plant will be equipped with three state-of-the-art production lines capable of producing high efficiency N-type Topcon solar modules with 182mm or 210mm solar cells.

Netix Global BV, a Netherlands-based smart cities solutions provider and a subsidiary of the SB Group International, has announced a first-of-its-kind Sustainability Finance Model in the Middle East and rest of the world.

Developed in partnership with one of the largest energy and automation funds from Europe, the unique funding model has intriguing implications for Middle Eastern nations' net-zero pursuits, as well as for tackling Europe’s energy crisis. It aims to be replicated globally; a statement added.

ENEC announces start up of Unit 3 at Barakah Nuclear Plant

The Emirates Nuclear Energy Corporation (ENEC) has announced that its operating and maintenance subsidiary, Nawah Energy Company (Nawah) has successfully started up Unit 3 of the Barakah Nuclear Plant, which is in the Al Dhafra region of the emirate of Abu Dhabi in the UAE.

In a statement, ENEC said that the start-up of Unit 3 shows the significant progress being made in bringing the four units of the Barakah Plant, the first multi-unit operational nuclear plant in the Arab World, online.