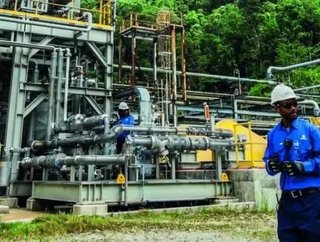 Oil Search says its stalled plan to expand gas output in Papua New Guinea will now focus on the Papua LNG project led by Total SA, in a change of direction following political ructions in the Oceania country.

France’s Total had previously pushed to work with Exxon to double LNG exports from the country via a twinned £9.8 billion expansion of Exxon’s PNG LNG plant, and development of Total’s Papua LNG project.

As a partner on both projects, Oil Search insists that they will only go ahead together by adding three new processing units, or trains, at the PNG LNG site.

The company operates all of Papua New Guinea’s producing oil fields, and holds a 29 percent stake in the producing PNG LNG project, while it is also pursuing major LNG growth opportunities in partnership with ExxonMobil and Total.

However, progress on the projects has been stalled by Prime Minister James Marape’s push for a bigger take for the country from Exxon’s side of the project – the development of the P’nyang gas field. Oil Search says it now sees Total’s Papua LNG progressing on its own, with two trains initially.

“There is significant interest from all parties to simplify LNG expansion in PNG and focus on Papua LNG 2 trains,” Oil Search CEO Keiran Wulff tells investors.

His comments come as Marape faces a threat to his leadership, with several members of his government switching to the opposition on November 20.

“Whilst PNG is certainly the land of the unexpected, recent events are worth following closely,” Wulff says. “Comments by Total, the PNG government and the PNG opposition are increasingly supportive of advancing the Papua LNG project.”

However, he points out that Papua LNG will need to test market demand before going ahead.

“We think there’s a strong increase in demand opening up in 2027” as big coal users such as Japan and South Korea seek to lower emissions, Wulff tells Reuters.

In order to meet that window, Papua LNG’s owners will need to reach a final investment decision in 2030, he adds.

Declining to comment on Oil Search’s remarks, Exxon says that talks with the Papua New Guinea government about the P’nyang gas project, which was to feed a third new train at PNG LNG, are ongoing.

In emailed comments, the company says that it is ‘hopeful that we can work towards an outcome that benefits all stakeholders’.

Wulff adds that Exxon’s PNG LNG plant has been producing at 26% above its nameplate capacity. As a result, it will soon need new sources of gas, which means that P’nyang might be tapped to supply the existing PNG LNG trains instead of a third unit.