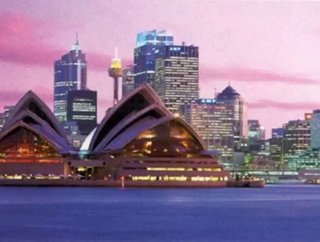 Article provide by Minter Ellison Lawyers In common with many utilities markets around the world, the Australian Electricity Market has undergone maj...

In common with many utilities markets around the world, the Australian Electricity Market has undergone major reform in recent years.

The Australian Electricity Market has largely developed from a centrally planned, principally state owned industry. Private participation is now welcome in all States of Australia, and a substantial degree of privatisation has occurred.

Since 1998, a gross pool electricity market has operated between 5 out of 6 Australian States. However, a relatively shallow market, coupled with limited interconnection between the States, has meant that at various times, almost every generator has been in a position to determine market prices within the Australian National Electricity Market. Pricing, though generally low, can be very volatile, and can fluctuate from -$AU 1000 to $AU 12500/MWh within a few hours.

This has led to a series of legislative responses. The most recent legislative attempt to restrain market behaviour, was a requirement, in the National Electricity Rules, that market bids be made "in good faith". That rule has been the subject of an extensive and instructive Court case, involving the Australian Energy Regulator (AER) and Stanwell Corporation Limited (Stanwell).

More Efficient Lighting Could Save the US $10 Billion

Under the National Electricity Rules, dispatch offers, despatch bids and rebids must be made "in good faith". Most regulatory attention has been paid to the lodgement of rebids, because it is at this point that much of the volatility in the market occurs.

A rebid "is taken to be made in good faith, if at the time of making such a ..... rebid," the relevant generator "has a genuine intention to honour that rebid, if the material conditions upon which the rebid were based remain unchanged until the relevant despatch interval."

In the Stanwell case, the AER investigated behaviour in the Queensland Region of the Australian Market, at times when demand was particularly high, and spot prices (usually in the vicinity of $20-$30/MWh), had exceeded $5,000 on 14 occasions. A protracted investigation first focused on all bidding behaviour over the relevant period, and then gradually narrowed down its focus, until 92 and then eventually 8 rebids were the subject of a court prosecution, allegatimg that the requirements of 'good faith' had been breached. A lengthy trial took place and a decision was handed down in August 2011.

The AER sought to identify "the material conditions and circumstances placed on which rebids were based', and alleged that 'there was no change in those conditions' or 'no change upon which the respondent acted in making the subsequent rebid.". Alternatively, the AER alleged that the witnesses' testimony established that there was no relevant intention to honour the relevant rebids. In effect, the regulator was arguing that:

Stanwell argued "that the requirement or good faith requires honesty." As a result, a rebid would be made in good faith if, when it was made, the trader did not have the actual intention to displace it with another rebid.

The Judge found in favour of Stanwell Corporation. He found that "by definition a market is made up of potential buyers and potential bidders, each trying to maximise its own benefits from each transaction."

His honour rejected the notion that it would be possible or indeed relevant to identify all of the factors that led to a decision to make a bid or particular rebid. The good faith rule required an examination of:

"the totality of relevant conditions with a view to identifying whether there has been any change, and that rebidding could reflect the particular personalities, and experiences of the traders".

A decision to make a bid or rebid was often a reflection of the judgement and risk aversion of the traders. Traders were entitled to take into account changes in actual and forecast despatch pricing, as changes in material circumstances which justify a rebid. Lastly, a rebid may be made in good faith even if it was made with the object of achieving a particular market price.

Implications of the case

(A) Gathering and relying on evidence.

Both the investigative process and the case itself created very significant evidentiary difficulties for all parties concerned. Not the least of these was that witnesses for Stanwell were required to testify as to their intentions concerning a relatively small selection from a large number of market bids made more than 2 years previously. His Honour ruled that in those circumstances a degree of reconstruction was inevitable, but that that reconstruction could be taken into account. However, documentary back up of the decision to bid remained critical in the determination of the case.

(B) Implications for market design

The Stanwell case does not, on any view, create an unrestrained licence for participants in the National Electricity Market to rebid. However, if external circumstances change, then rebids are permitted, and bidders are entitled to maximise profits as a result of the change in circumstances.

The AER is considering whether the rule itself achieves its purpose, but for the time being, investors in the Australian Electricity Market can take comfort from the fact that the rebidding rule does not appear to prevent the normal operation of electricity markets.