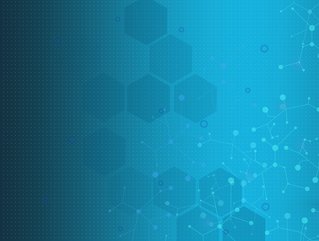 At the 2020 Olympics in Tokyo, the Olympic torch won’t be burning in quite the same way. As part of Tokyo’s efforts to...

At the 2020 Olympics in Tokyo, the Olympic torch won’t be burning in quite the same way. As part of Tokyo’s efforts to hold a more sustainable games, the torch used during the relay event and ceremonial lighting of the Olympic cauldron will use hydrogen fuel. There are many applications beyond sporting events that are open to this clean, carbon-free energy source. Here, Håkan Holmberg, Sales and Marketing Manager at Surface Technology at Sandvik, explains the possibilities of hydrogen fuel cells.

A fuel cell is a device that converts energy stored in molecules into electrical energy. Using hydrogen (H2) and oxygen (O2) as power, the fuel cell produces water, electricity and heat without creating any emissions other than water vapour. Only O2 and H2 are required to power the fuel cell — the former is readily available in the atmosphere, and the latter can be generated through electrolysis.

One of the most promising uses of hydrogen fuel cells is in the automotive industry. A number of major industry players, including BMW and Toyota, have already revealed plans to develop fleets of hydrogen-powered cars as the fuel source looks set to offer an additional, sustainable solution to electric power.

Electric vehicles are widely seen as a crucial way of reducing emissions and air pollution from road transport. However, accelerating uptake of electric power could risk adding pressure onto the grid, making it vital that vehicles are recharged at the right time of day.

Hydrogen fuel cells could offer an alternative. As hydrogen cars produce electricity themselves, the vehicle doesn’t receive its power from a built-in battery that needs to be charged from an external power source. Like other e-cars, hydrogen vehicles can also recover braking energy, as the electric motor’s converts kinetic energy back into electric energy that is fed into the back-up battery.

However, the current sparsity of hydrogen infrastructure and the cost of hydrogen vehicles means that uptake is yet to really take off. As demand increases, mass production will follow and result in a more reasonable price point.

While smart devices are growing ever more advanced, they’re still limited by power. Technology and car companies are all too aware of the restrictions of lithium-ion batteries and while chips and operating systems are becoming more efficient at saving power, we’re still only looking at one or two days of battery life.

Hydrogen fuel cells can power any portable device that uses batteries. Unlike a typical battery, the hydrogen fuel cell continues to produce energy with the continuous supply of fuel. This capability enables them to power a range of devices, including smartphones, laptops and hearing aids.

In the defence sector, fuel cell technology has the potential to more than triple the flight time of drones or reduce the weight of the battery packs carried by soldiers in the field from around 15 kilograms to just one or two kilograms. In the middle of a disaster zone, these benefits could revolutionise the way emergency crews and military personnel respond to a situation.

Aside from portable power, fuel cells can be used in stationary applications. The cells are typically connected to the power grid or installed as grid-independent heat and electricity generators that provide clean power to homes, businesses, telecommunications networks and utilities. As stationary fuel cells are quiet and produce fewer pollutants than conventional, combustion based power generation technologies, they can be installed almost anywhere.

In Hwasung City, South Korea, the Gyeonggi Green Energy fuel cell park is currently the largest of its kind. With a 59 megawatt (MW) capacity, the facility delivers renewable energy to the South Korean power grid and high-quality heat to the district’s heating system. The United States is not far behind, with 56 large-scale fuel cell generating units with capacities greater than one MW.

Recognising the vulnerabilities of grid dependency, a number of organisations are looking at fuel cells to help supply a reliable source of backup power. After Hurricane Sandy wreaked havoc across the Caribbean and the US East Coast in 2012, fuel cells provided emergency backup power for telecommunications towers in both the Bahamas and the United States, allowing communication to remain open. Fuel cells can be monitored and controlled remotely, making them an ideal back up source for a range of power applications.

The average surface temperature of the planet has risen by almost one degree Celsius since the late 19th century, driven by an increase in carbon dioxide (CO2) emissions.

Finding alternatives to carbon intensive fuel sources is critical to the future of our world, and engineers must demonstrate a commitment to innovation and problem solving to make the shift that will drive a more sustainable future. At Sandvik, our goal is to halve the CO2 impact of our business by 2030, including our production and transportation of people and products.

Sandvik plays an important role in the future of hydrogen powered fuel. Our Sandvik Sanergy® product platform consists of a coated strip for one of the most critical components in the fuel cell stack. The strip is ready to be pressed onto bipolar fuel cell plates, eliminating the costly need for individual plate coating. Today we have a unique, large-scale production facility in Sandviken, Sweden, and are ready for fuel cell technology to take off.

So, while the Olympic torch will continue to be symbolise the connection between the Ancient Greek and modern Games, fossil fuels cannot be our future. If we are to make a significant impact on the warming of our planet, we must continue to engineer new ways of generating power. Hydrogen fuel cells are capable of delivering clean, yet highly effective, power for a number of applications — but it’s going to take dedicated innovators in order to bring the technology to the forefront.