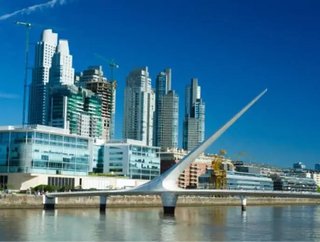 In the report, “Fallen angels, rising stars: Old LatAm basin creating fresh opportunities,” analysts Xavier Grunauer and Ian McLelland provide a detailed account of Latin America's framework for investors to consider various plays and players in the space. The report includes two-page profiles on 18 of the most material independent oils operating in the sector.

“This report responds to strong demand from our investor audience to raise understanding of the Latin American oil and gas space,” said McLelland, head of Edison oil and gas research based in London. “With conventional and unconventional acreage being developed and a high level of interest in the regions, the question becomes ‘What next?’”

Xavier goes on to explain that this new trend involving smaller E&P companies is set to continue, and is a win-win for both independent oils and National Oil Companies (NOC). He lists the mutual and sustainable advantages as follows:

*The ability of independent operators to work smaller and marginal fields, some of which are not economic to larger oil companies or domestic NOCs with larger overheads.

*Independent's higher tolerance for exploration risk, and as proven in North American unconventional basins, independent E&P companies are much more likely to innovate and develop in situ technology.

*The accumulation and transfer of global conventional and unconventional drilling experience and technology.

“We expect more investment to be aimed at unconventional acreage in the Southern Cone, but investors need to be selective,” Xavier said. “Although a number of companies have seen encouraging findings with their unconventional work programs, each player's ability to commercialize these resources will ultimately hinge on the quality of each company's management and partnerships.”

For the full report: http://www.edisoninvestmentresearch.com/research/sector-commentary