Open season in the Atlantic 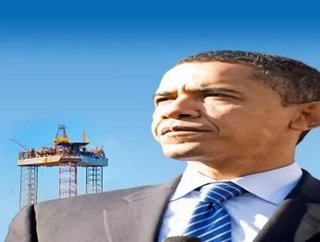 There was a collective green gasp late last month when President Barack Obama announced a proposal to open part of the eastern seaboard, the Gulf Co...


There was a collective green gasp late last month when President Barack Obama announced a proposal to open part of the eastern seaboard, the Gulf Coast and Arctic sea to offshore oil drilling.


And that was only the start. The Sierra Club, The National Resources Defense Council, Greenpeace and scores of other green organizations condemned the Obama Administration's proposal.

The drilling debate is particularly hot along the Virginia coast where state officials and about 70 percent of the Commonwealth's residents are hoping to see leases signed with major energy suppliers sometime within the next 18 to 24 months. Virginians are committed to the idea of freeing the United States from its dependence on foreign oil and plumping up state coffers with royalties from oil sales.

Environmentalists, on the other hand, believe coastal communities and industries are far more valuable than the offshore oil reserves. “Opening the South Atlantic Coast to oil and gas drilling will do nothing to address climate change, provide only about six months worth of oil, and put at risk multi-billion dollar tourism and fisheries industries. One oil spill could devastate a coast,” said Deb Carter, director, Carolinas Office of the Southern Environmental Law Center.”

DRILL, BABY, DRILL
So far, green organizations and the administration of  Virginia's Governor Bob McDonnell are the only players who have their cards on the table. Environmental groups have promised to fight offshore drilling with PR campaigns and court challenges, and their word is good. McDonnell and the majority of the state's residents will watch and no doubt root for the pro-drilling faction. As for who might do the drilling, that's not clear yet.

The problem is that no one knows for certain how much oil and gas is out there, and estimates vary wildly. The federal government's Mineral Management Service estimates  that the 2.9 million acre area that will be up for lease contains 130 million barrels of oil, enough to supply Virginia’s  energy needs for  about seven months. However, MMS also admits that estimate is based on  a 30-year old study that's badly out of date.

Oil companies have made their own estimates but they are holding those numbers close to their vests. However, some updated estimates based on different models suggest there could be from two to seven billion barrels of oil off Virginia's coast and 36 trillion cubic feet of natural gas.

TESTING COMPANIES UP NEXT
Most people watching the drilling debate play out agree those numbers are high and they are waiting for real data. So far, seven geophysical exploration companies – Schlumberger subsidiary WesternGeco, Seabird Exploration, CGG Veritas, GX Technology, TGS Nopec and Spectrum Geo – have applied for permits to explore the area. The seismic companies intend to peddle the results of the tests in a multi-client fashion to interested energy producers who will then use the information to decide whether or not to bid on an offshore oil lease.

YEARS BEFORE THE FIRST DROP
Once a lease is awarded, there is survey work required, an exploration plan must be submitted and approved and an oil rig must be constructed. Then there's an environmental impact statement that will weigh the value of energy reserves against possible environmental damage. Those hearings are several years off and there's no doubt environmental groups have already started amassing information to use in their fight to stop any drilling.

It generally takes a minimum of seven years for an offshore lease sale to undergo the required environmental reviews before producing oil or gas, but because this would be the first drilling off the East Coast, may take even longer.

MAJOR LEAGUE GAME
Oil is measured in what the industry sometimes calls easy and hard barrels. Easy barrels come from humming onshore oil wells pumping soft ground somewhere in Texas. Hard barrels are sucked out of the continental shelf 50 miles out into the windy and unpredictable Atlantic.

The differences in the costs of producing onshore and offshore oil are dramatic. Add that to a seven-year environmental review, legal challenges and the cost of an offshore lease and you eliminate any small oil companies from the competition of bidding for offshore drilling rights.

Although no plans have been announced analysts have predicted any new leases are likely to go to the oil giants – Chevron, Exxon Mobil, BP and Shell.