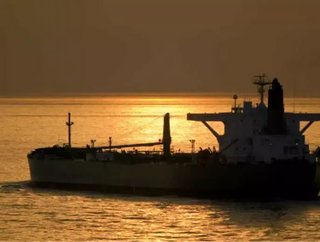 Pirates will continue to prey on the lucrative West African oil trade, with more piracy and hijacking incidents expected in the Gulf of Guinea, as long...

Pirates will continue to prey on the lucrative West African oil trade, with more piracy and hijacking incidents expected in the Gulf of Guinea, as long as the political complexities surrounding naval presence in territorial waters continue, says an analyst with research and consulting firm GlobalData.

According to Jeffrey Kerr, GlobalData’s managing analyst covering Downstream Oil & Gas, most of the pirates in the West African region are believed to be part of its countries’ thriving black market for crude oil and refined products.

“The Gulf of Guinea accounts for about 10 percent of the world’s crude oil exports, as well as many other products such as cocoa and metals, which are highly sought by the generally armed pirates on West African waters,” Kerr says.

“Furthermore, many of the ships in West Africa are too large to move into port and must be moored offshore, making them easy targets for armed pirates, while the region’s shipping rules, which state that crews cannot be armed, deems defense even more difficult,” he adds.

A recent published study found that in the first half of 2013, there were 31 reported piracy incidents and one hijacking in West Africa, compared to nine incidents and two hijackings offshore Somalia, the former world hotspot for such activities.

Another reason for the decline in piracy in Eastern Africa, according to Kerr, is because of an international naval presence that has armed crews on the ships offshore Somalia. Other measures, such as trying and convicting pirates in U.S. courts, have also forced them to seek other locations.

In order to counter the problem of piracy on the west coast of Africa, the African Union member countries agreed to set up a regional center in Cameroon to study the issue and adopt a code of conduct. However, significant hurdles remain regarding naval presence on West African waters.

“Those countries won’t allow each other’s navies into their territorial waters. The pirates are well aware of this and are able to exploit it,” adds Kerr.