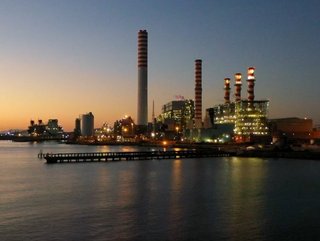 Plant will be built in Egypt’s Ain Sokhna region, on the Red Sea coast, and will be implemented in cooperation with Scatec, the Norwegian energy giant

President Abdel-Fattah El-Sisi, Egypt’s President, and Jonas Gahr Støre, the Norwegian Prime Minister, have launched the first phase of a project that will establish a major green hydrogen plant in Egypt’s Ain Sokhna region, along the Red Sea.

The strategy, implemented in cooperation with the European Bank for Reconstruction and Development and the Arab Union for Sustainable Development and Environment, seeks to help Egypt contribute to 8% of the global hydrogen market, Egypt's cabinet said in a statement.

President Abdel-Fattah El-Sisi added: “Green hydrogen has become one of the most important solutions on the way toward a green economy during the coming years. It is an example where developing countries, including Egypt, are taking great steps. However, we still have to face challenges resulting from the tendency of some countries to back local green hydrogen in a way that decreases their production cost.

"This causes imbalance in the global hydrogen market and contributes to undermining the competitiveness of the green hydrogen produced in developing countries compared to the developed countries."

El-Sisi added that the project will provide a ‘practical model of investment partnership that stimulates sustainable economic development, with a focus on the role of the national and foreign private sector, besides the government’s role, working side by side.’

Scatec has been a major developer at Egypt’s massive Benban solar park in Upper Egypt’s Aswan, which is one of the largest solar parks in the world, with a total capacity of 1.8GW.

The partnership announcement was made on the side-lines of the Sharm El-Sheikh Climate Implementation Summit at COP27, which also saw the launch of the Global Renewable Hydrogen Forum. This forum constitutes a multi-stakeholder public-private platform designed to facilitate large-scale deployment of renewable hydrogen to foster decarbonisation of local industries, accelerate just transition and unlock the environmental and socio-economic benefits of the global hydrogen economy.

Furthermore, it aims to identify the best instruments enabling the cross-border trade of renewable hydrogen between renewables-rich developing countries and developed countries.