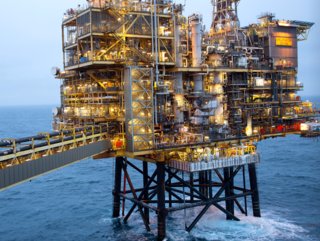 BG International, an affiliate of Shell UK, has taken the final investment decision to develop the Jackdaw gas field in the UK North Sea.

It follows regulatory approval earlier this year and the UK government granting a permit last month.

Jackdaw, located approximately 250km east of Aberdeen, consists of a new Wellhead Platform (WHP), four production wells and a 31km pipeline from the Jackdaw WHP to the Shearwater gas hub. Peak production from the field is estimated at 40,000 barrels of oil equivalent per day.

Jackdaw is part of a wider vision for Shell in the UK, sitting alongside recently announced low-carbon energy projects, including the building of two new floating offshore windfarms around the Scottish coast, which could power six million homes, along with a target of having 100,000 public EV chargepoints operational in the UK by 2030.

The project aims to come online in the mid-2020s, and at peak production rates, could represent over 6% of projected UK North Sea gas production in the middle of this decade, with operational emissions of less than 1% of the whole UK basin - providing enough energy to heat 1.4mn homes.

“We are committed to providing our customers with secure and stable supplies of energy, and to do so responsibly, efficiently and economically,” said Shell Upstream Director Zoe Yujnovich.

“Investments like Jackdaw are consistent with the UK’s North Sea Transition Deal and Shell’s Powering Progress strategy, providing the energy people need today while serving as the foundation for investments in the low carbon energy system of the future.”

However Greenpeace UK is preparing to oppose the development. Political campaigner Ami McCarthy said: "We’re looking at legal action to stop Jackdaw, and fight this every step of the way.”

“Approving Jackdaw is a desperate and destructive decision from Johnson’s government, and proves there’s no long-term plan. They're handing out lucrative permits to the likes of Shell for a project that won't start producing gas for years, that won't lower our bills, but will create massive emissions."