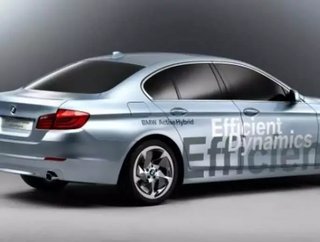 Whats hotter than getting a new car this year? Getting the hottest hybrid. Mercedes, Porsche, Honda and even Cadillac debuted their eco-friendly versi...

What’s hotter than getting a new car this year? Getting the hottest hybrid. Mercedes, Porsche, Honda and even Cadillac debuted their eco-friendly versions at this year’s motor shows. Today, worldwide retailers anxiously await these new additions, and 2011 is expected to be a great year for the luxury hybrid – cars providing better fuel efficiency with the same speed and style as their predecessors.

Porsche 918 Spyder hybrid supercar You’re saving the environment, but you won’t save much on dough as this revolutionary Porsche masterpiece costs about $600,000 to make. The Porsche will inspire all those green geeks just enough to keep them from gawking at the price tag.

The 918 Spyder hybrid was one of three new Porsche hybrids that premiered at the 2010 Geneva Motor Show providing the perfect mix of lavish living with an environmental twist. Rumors circled for months, and when it finally appeared, the Porsche 918 Spyder was said to emit more than just 70 g/km of CO2. Porsche is going to remain the leader in the industry with consumption at 3.0 liters per 100 kilometers and speed from zero to 62 in 3.2 seconds.

Mercedes Benz S400 Hybrid The S Class defines all what a luxury vehicle should be, so as we welcome 2011, it isn’t surprising that with the New Year comes a new definition of a Mercedes Benz’s classic. The S400 Hybrid will still suit the traveling businessman while offering an environmental touch courtesy of Hollywood. Robert Downey Jr. picked up the new hybrid for the final shots of his film “Due Date.”

The S400 Hybrid produces 296 hp from its 3.5 liter V-6 engine to tear up the asphalt when you hit the gas, and comes with the start-stop technology of traditional hybrids. The Mercedes Benz S400 Hybrid is the first lithium-ion battery for a production hybrid, allowing it to zoom off at 30 miles per gallon on the highway while still giving 46 percent better fuel economy than your average V8 powered ML550 model.

BMW ActiveHybrid 7 BMW’s ActiveHybrid 7 premiered at the 2009 Frankfurt International Motor Show IAA, but is only just now showing its true colors – because as we all know, everything else BMW touches has to be about perfection. Their BMW ActiveHybrid Technology introduces a plug-in hybrid with a three cylinder turbo diesel with hybrid synchronous motor at the front axle and full hybrid engine at the back.

The ActiveHybrid 7 is already an early award winner with its 99 grams per kilometer CO2 emission rating and low fuel consumption – making that number unique in the market. The eight speed automatic transmission and V8 gasoline engine hardly counts for anything after you get a whiff of the acceleration numbers – rocketing from zero to 80 in under five seconds.

Contradictory at best, the $75,000 artillery tool might garner more than just a Ludacris lyric or camera time during another Michael Phelps’ DUI case, but without the equipment running it, few rap stars or athletes would be as impressed. The small amount of press isn’t surprising, considering the Escalade sells itself with its name and appearances throughout popular culture. With a Gen IV 6.oL V8 engine, LIVC with Active Fuel Management and seating for eight, your whole crew can ride green.

Honda Jazz Hybrid At nearly every car show this year, Honda strutted its stuff in the hybrid department. At the Paris Motor Show, it was the Jazz Hybrid, where Honda introduced a new, shapely figure for the practical hatchback. Offering the familiar IMA hybrid technology, characteristics of which are also available with the Insight and CR-Z Hybrids, it featured the spacious and famous “Magic Seats” and serious boot space.

In Honda tests, this spicy number has Co2 emissions at 104 g/km with a combined fuel consumption of 4.4 l/100 km. Europe will get to hear the Jazz first, with the rest of the world trailing not far behind. Still featuring the clean look of the Honda Jazz from around the world, this hybrid version will put a spotlight on the average, petrol-electric hybrid in no time.