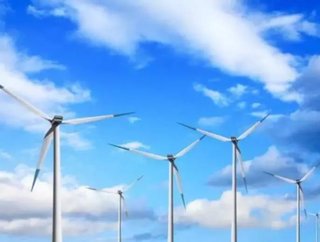 The Saltire Prize is the world's largest ever single prize for innovation in marine renewable energy.

The prize consists of a 10 million pound award designed to galvanise world scientists into pushing the frontiers of innovation in the area of clean, green energy. Entrants for the prize will demonstrate their innovations in Scotland.

The final Guidelines are now available and set out the key features of the competition including the timeline, application process and background on all of the issues potential competitors will need to address in taking forward wave and tidal stream developments.

To gain Saltire Prize Applicant status, competing teams will first need to provide evidence that the appropriate agreement for lease from The Crown Estate has been granted. While the Pentland Firth and Orkney waters are currently the areas of primary interest for wave and tidal stream energy project development in Scotland, potential Saltire Prize competitors may be interested in other areas. The Crown Estate is planning to announce a further wave and tidal leasing round for sites in Scottish Waters later in 2010 and a Discussion Paper on proposed geographic areas for development is available until 20 April 2010.

Saltire Prize Applicants will also be required secure all marine licence and consenting issues before notifying the Scottish Government when they wish to start competing within theGrand Challenge Period.

The prize was launched in April 2008, when Scottish First Minister, Alex Salmond said: “Challenge prizes have led to amazing technological advances and contributed to hugely impressive returns on investment - from the Virgin Earth Challenge offering a $25 million prize for the first person or organization to come up with a way of scrubbing greenhouse gases out of the Earth's atmosphere to the Ansari X Prizewhich saw the launch of private spacecraft and led to $200 million of investment from a $10 million prize fund.”