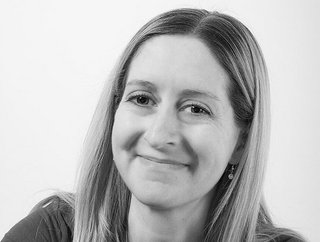 Onshore wind projects are entering a period of rapid growth with many passing the consenting phase and moving to detailed design and preparation for construction. As construction contractors come on board to discuss and optimise the finer details of the project, design changes are inevitable but what impact do these changes have on consenting?

This is very much dependent on how extensive they are, what impacts they may have, if they’re within the consented site boundary and the size of the affected area – all these factors can create a minefield for developers who are trying to work out the best approach and keep on programme.

Drawing on recent projects, Jenny Hazzard, Head of Environmental Planning at ITPEnergised, provides some hands-on guidance and advice on how to navigate these complexities to ensure that onshore wind projects stay on track.

Above all, she argues that there are lots of different options for the best way of making changes and those involved should seek advice from energy planning consultants.

While the UK government may still be divided over how much onshore wind power to aim for as part of its Energy Independence strategy, the Scottish Government has already come up with an ambitious plan for an additional 8-12GW to be installed by 2030.

This article focuses primarily on the planning process relating to Scotland, as it is by far the biggest supplier of wind power in the UK. There are currently around 8,763 onshore wind farms in the UK with the majority of turbines - 51% located in Scotland with the next highest number in England at 22.8%.

According to Scottish Renewables, onshore wind supplies comfortably the biggest amount of electricity in Scotland – around 71% - with significant additional capacity in development and projects either in planning or already consented totalling over 15GW.

The Russian invasion of Ukraine has highlighted the vulnerability of countries which rely on Russian oil, coal and gas and accelerated the transition to clean energy such as renewables and hydrogen.

Where to go for planning consent

As projects get larger in scale and more complex, so too do planning consents, especially when modifications to the original design are necessary.

A number of issues have to be considered throughout the planning process for onshore wind farms, including the effect on wildlife and habitats, peatlands, the water environment, impacts on aviation and radar, and the impact on the landscape and nearby residents.

Currently, large renewable energy projects in Scotland must receive consent before construction can begin under section 36 of the Electricity Act 1989 (“the 1989 Act”) which covers the construction or extension, and operation, of electricity generating stations (the so called “section 36 consents”).

Section 36 of the Electricity Act covers all types of electricity generating stations and so actually encompasses a wider scope than wind farms. This consent may take between two to five years to be granted and a standard condition of that consent is that development must commence within five years.

The Section of the Act applies to proposals for the construction, extension or operation of an onshore electricity generating station whose capacity exceeds 50MW. Applications to construct or operate electricity generating stations below this threshold and which do not require section 36 consent must be made to the local planning authority under the Town and Country Planning (Scotland) Act 1997.

On granting consent under section 36, Scottish Ministers may also direct, under section 57 of the Town and Country Planning (Scotland) Act 1997 (T&C),
that planning permission is deemed to be granted for the development necessary to construct the generating station and any ancillary development.

The need for Section 36 variation procedure

After consent has been granted, developers may wish to modify their consented proposals. For example, they may wish to change turbine dimensions, turbine positions, crane pads or track orientation or extend the duration of operation.

These amendments would typically be driven by advances in turbine technology during the consenting period and/or proposals to optimise
construction, design and performance which emerge during the detailed design and pre-construction stage.

Contractors who are brought in to supply the materials for the foundations and provide access roads, sub stations and control rooms and civil engineers who design the logistics for the wind farm are often hired well after the developers have submitted their proposal for consent and will develop the construction plans, logistics and methodology in much more detail further down the line. This may then throw up some queries or modifications.

Without the power to vary a section 36 consent, if the developer’s plans have changed, they may find themselves unable to make reasonable design amendments which may turn out to be more economically efficient or environmentally beneficial. E

Each consent reflects technology and industry practice at the time that it was applied for, but such technologies and practices can evolve quickly, even in relatively mature sectors.

Developers may be confused or undecided at this stage over whether it is permissible to ask for an amendment to the original consent under 36C of the Act, whether a new Section 36 consent may be required, or whether proposed amendments could be consented via one or more discrete additional planning consents – for example, to cover a proposed new access point, stretch of access track, or borrow pit location.

What are the options?

The variation process is not intended as a way of authorising any change in a developer’s plans that would result in development that is likely to be fundamentally or substantially different in terms of scale and/or nature from what is authorised by the existing consent.

However, for section 36C to be applicable, there must be a proposed amendment to the generating station, i.e., some change to the turbines (dimensions or locations), duration of operation or other element integral to the generation of electricity.

Section 36C would therefore not likely be the appropriate consenting route for, say, a proposed change to the construction compound location or a revised access track alignment.

Sometimes, one or more new discrete planning applications under the Town & Country Planning (Scotland) Act 1997 may be the appropriate route, if the modifications are small and would not affect material planning considerations such as annoyance to nearby residents or danger to flight
navigation.

Amendments via Section 36C are likely to take at least six months to achieve consent, whereas a new T&C planning application, if for an area less than two hectares, would be considered a minor or local planning decision which may take only two months.

An open dialogue with the Scottish Government Energy Consents Unit and the relevant local authority is an important part of making any decision about the best approach to consenting project amendments. They will be able to provide advice on likely application requirements, process, consenting timescales, and of course application fees.

Why not ask contractors earlier before getting the consent?

It might seem obvious that getting contractors on board well before the planning consent is asked for would be the sensible thing to do, but this isn’t always practical.

It is, of course, beneficial to have advice from a consenting team who have good experience of project construction and implementation as well as pre-planning environmental assessment. Lessons learned from hands-on involvement in getting projects built can be invaluable in anticipating and minimising the likely need to make substantial amendments post-consent.

The overall message here is that there are several options available, and no one size fits all.

Developers should always seek advice from renewable energy consultants who are experts in the field and will be able to weigh up the pros and cons of any action. Don’t waste valuable time and money chasing amendments that won’t be granted but do spend time seeking professional advice.

Jenny Hazzard is Environmental Planning Director at ITPEnergised, a technical and environmental consultancy with offices in Edinburgh, Glasgow and Aberdeen, and worldwide.