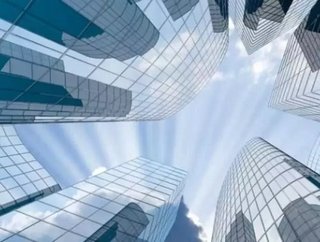 Despite an era of fiscal austerity and controversy surrounding the government&#39;s funding of clean energy projects, the Obama administration announ...

Despite an era of fiscal austerity and controversy surrounding the government's funding of clean energy projects, the Obama administration announced Friday that it would invest $4 billion from the private sector in energy efficiency projects.

As part of the Better Buildings Challenge that will make America's buildings 20 percent more efficient over the next decade, half of the investment money will go towards federal buildings using performance contracts. Energy services company (“ESCO”) will design and execute efficiency upgrades for the buildings under long-term leases for the projects that guarantee certain upgrades and reductions of consumption per year—a win win situation for both the economy and the environment.

The announcement also adds to the $500 million financing commitments in June under Abundant Power, Citi, Green Campus Partners, Metrus Energy, Renewable Funding and Transcend Equity with help from the Clinton Global Initiative. The remaining $2 billion will be divided between the six financial firms as well as several new participants. Using a variety of innovative financial techniques to infuse capital into clean energy projects, the EDF is working closely with these firms to create new innovations.

“Upgrading the energy efficiency of America’s buildings is one of the fastest, easiest, and cheapest ways to save money, cut down on harmful pollution, and create good jobs right now.  But we can’t wait for Congress to act.  So today, I’m directing all federal agencies to make at least $2 billion worth of energy efficiency upgrades over the next 2 years – at no up-front cost to the taxpayer.  Coupled with today’s extraordinary private sector commitments of $2 billion to upgrade businesses, factories, and military housing, America is taking another big step towards the competitive, clean energy economy it will take to win the future,” said President Obama, according to the press release from the White House.