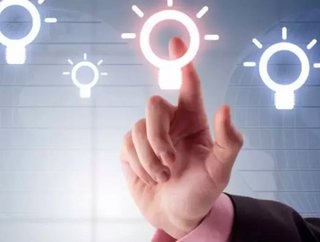 Choose your Electricity: How Energy Deregulation Gives Customers Control The 20th century saw the expansion of electrical grids throughout the world...

The 20th century saw the expansion of electrical grids throughout the world, and for the most part, this expansion was spearheaded by government regulated utilities companies with domination over the price-point of electricity supplies.  We, as consumers, receive our monthly bill and assume that the utilities provider is charging us a fair price for our gas and electricity needs.  The system was traditionally not open to competition.

However, roughly one-third of U.S. states have opened their utilities sectors to competition through deregulation, and other countries, like the United Kingdom, are doing the same.  What this effectively does is allow for companies to enter the market and provide customers with alternative choices both in price and the type of energy generation their monthly bills are supporting.  This was not an option prior.

Imagine… an environmentally conscious individual can decide to buy grid energy generated from a renewable source like wind or solar, or a penny-pinching family can choose cheap natural gas or even coal as their energy generation of choice.

Taff Tschamler, Vice President of Business Development and Regulatory Affairs for North American Power—a utilities provider that operates in deregulated markets in the northeastern United States—says, “It gives customers choices.  It’s up to us and our competitors to make the customers feel like they’re getting a deal and are pleased with their provider. From a customer’s perspective, if they’re not pleased with us they can fire us and go with another provider.  That’s not the case if you’re in a regulated market.”

However, with utilities tied to the free market through deregulation, cost is also intrinsically linked to the market.  Whereas in a traditional regulated utilities system, prices are government controlled and tend to remain somewhat the same month-to-month, in a free-market system, costs can fluctuate.  This has both its pros and cons, as raising oil or natural gas prices can directly raise utilities costs in a deregulated system.  What is beneficial, however, is the inherent choice that comes with deregulation.  If the price of one electricity-generation mode skyrockets, the customer can choose to switch to a different generation source to save money.