Embracing the growing offshore sector in the UK 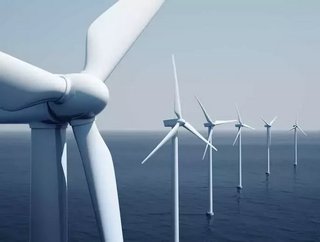 In the UK, the past few years have seen an increase in an array of extreme weather events.Hotter, drier summers and wet, stormy winters are placing mo...

In the UK, the past few years have seen an increase in an array of extreme weather events.

Hotter, drier summers and wet, stormy winters are placing more strain on our energy infrastructure and our vital industries. Back in 2018, The Environment Agency estimated that the economic damage of the 2015-16 winter floods (the most extreme flooding on record at the time) was around £1.6 billion. With heavy deluges hitting the entire country at the beginning of this year in the form of storms Ciara, Dennis, Ellen and Francis, illustrating the direct effect the climate crisis is having on our environment as it’s effectively forced into ever-sharper definition.

Growing pressure is being applied by consumers and governments alike to avert the climate crisis by moving away from our traditional ‘dirty’ fossil fuel power sources towards low carbon solutions.

Although the UK and its like-minded international allies have been working towards targets to limit global warming for many years, the Intergovernmental Panel on Climate Change has agreed that our definition of a ‘safe’ limit of climate change needs to shift. For example, the 2oC global temperature increase cap as set out by the Paris Agreement, publicised for many years as the most progressive global climate change target, is now being revised. Instead, 1.5oC is the absolute maximum that can be mitigated in order to prevent numerous low-lying countries (such as the Netherlands) from being inundated as sea levels rise.

But seeing the climate crisis without also recognising the economic opportunities of building a more sustainable world would be a mistake. While we face significant challenges to limiting our greenhouse gas emissions and our contribution towards global warming, the UK is ideally placed to taking a leading role in a newly emerging ‘green economy’ approach. This is where the windy weather of the British Isles comes into play.

The UK is taking action, but goals for the future are ambitious

The UK energy sector, in particular, has already made significant strides towards decarbonising. Energy supply was the single largest generator of greenhouse gas emissions producing 242.1mn tonnes of CO2 in 1990, but by 2018 had reduced this by an impressive 59%. However, the UK is now the first country which has committed to achieving net-zero emissions by 2050 – meaning that the government will need to rely on offshore power in their strategy to reach this goal.

To achieve this, the renewables sector in the UK is growing fast, supported by both private investment and the government’s introduction of Contracts for Difference in 2014-15, which have been successful in incentivising renewables projects by protecting businesses from volatile wholesale process and guaranteeing a reliable return on investment. According to Renewable UK, the UK’s current operational capacity from onshore and offshore wind is over 22 GW. This is enough energy to power almost 16mn homes. One of the low carbon sources most suited to our current climate and environment, offshore wind already contributes a significant part of our renewable energy with 8 GW installed, a figure which is forecast to increase to 30 GW in 2030 and 75 GW in 2050, with several new project auctions in the works.

While this target sounds ambitious, innovations both at home and in the global markets are supporting this boom in offshore wind power. The size of turbines is increasing, meaning that more power can be generated from each unit installed in a highly efficient way. With the number of ongoing projects in the UK also scaling rapidly, the cost of investment in the sector has dropped by approximately 40% in just the past two years. As a result, the cost of the electricity generated becomes more affordable, projected to drop below electricity wholesale prices in 2024. Demand on the consumer side for green and affordable energy is strong, however the unpredictable nature of wind energy supply still poses an obstacle to weaning our grid off ‘switch on’ energy sources. Built for traditional one-way power flow in a passive network, our grid is working on building up the digital capacity required to manage the new reality of distributed renewable energy generation. The UK has adapted significantly since the days of coal-fired power, and improved infrastructure must be implemented to suit our new approach to energy.

What’s next for offshore in the UK?

Currently, the flow of data in our power grid is inconsistent across the country. Forty per cent of the power generated through renewables in the UK goes directly to Distribution Network Operators (rather than the Transmission Network Operator). This creates a major obstacle for National Grid to embrace active energy management and balancing the grid’s load effectively, something which is essential to incorporating the variable output of renewable sources into our energy mix to deliver a reliable supply for both consumers and industry.

Data is fundamental to the future of our power sector’s economy to unlock system and consumer benefits, flexibility, resilience and costs in the most efficient way.

In addition to improving the reliability of the UK power supply, keeping up with innovation in the offshore wind sector is the best way for the UK to maintain its lead in this field. As the floodgates open to both domestic and international investment, we have a significant opportunity to set the world standard in grid connectivity.

Already seen as the ultimate test in safety and reliability for the nuclear and power station industries, the UK will be a key case study for other countries looking to upgrade their legacy grid infrastructure in order to integrate a higher proportion of renewables and start managing their energy supply in a smarter, more connected way.