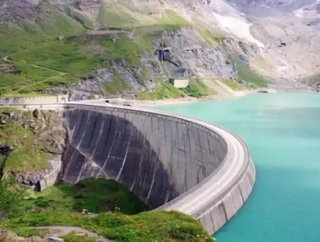 Hydroelectricity, generated through hydropower, is the oldest, most popular method of producing renewable energy. According to the U.S. Energy Infor...

Hydroelectricity, generated through hydropower, is the oldest, most popular method of producing renewable energy. According to the U.S. Energy Information Administration (EIA), “Water is currently the leading renewable energy source used by electric utilities to generate electric power.”

Several countries utilize hydroelectric power for a majority of their electric energy generation, such as Venezuela, Switzerland, Norway, Canada and Brazil. In 2009, China generated the highest net amount of hydroelectric power in the world, with Brazil, Canada and the U.S. following closely. According to the EIA, “Total generation from renewable resources increases by three percent annually.” The renewable share of world electricity generation is expected to grow a total of 23 percent between 2007 and 2035, with around 80 percent of the increase coming from hydroelectric power and wind power.

The advantages of producing electricity via water include: zero greenhouse gas emissions and therefore zero pollution to the environment; consistent electricity production for many decades; repurposing for irrigation or recreational activities in the lakes; and the ability to stop production and use dams only when needed. Hydroelectricity is the only renewable energy that is capable of competing economically with fossil fuels. EIA believes, “Government policies or incentives often provide the primary economic motivation for construction of renewable generation facilities.”

Hydropower generation also presents a few disadvantages, such as: high costs for building dams; damage to natural environments from flooding over large areas of land; and potential geological damages.

Itaipu Binacional
Itaipu Binacional is a project developed collaboratively by Brazil and Paraguay, which includes the Itaipu Dam, its hydroelectric power plant and the Itaipu Lake. The plant was built on the Paraná River, situated on the Brazil-Paraguay border. Construction of the Itaipu Dam was completed in 1982, and the power plant has been in operation since 1984. Itaipu Binacional is the world’s largest generator of clean, renewable energy. The total installed power capacity of the project is 14,000 megawatts from 20 generating units, supplying around 19 percent of the energy consumed in Brazil and 77 percent of the demand in Paraguay. According to Itaipu Binacional, “In 2009, the Itaipu power plant generated 91.651.808 megawatts per hour (MWh), the fourth highest in 25 years of power production.”

China Yangtze Power Co Ltd.
China Yangtze Power Co Ltd. is the largest hydropower corporation in China. The company owns and operates the Gezhouba Power Plant, which has a total installed capacity of 6,977 megawatts. Additionally, China Yangtze Power Co is responsible for managing six generating sets at the Three Gorges Power Plant, currently in operation. The total operational and management capacity of the company is 12,577 megawatts. Electricity generated by the hydro plants is sold to central China and the Guangdong Province. According to China Yangtze Power Co, “Depending on the construction of the Three Gorges Project and the development of the water resources at the upper reaches of the Yangtze River, the company will continue to commit itself to generating the hydropower-dominated clean electricity.”

Companhia Energética de São Paulo
Companhia Energética de São Paulo (CESP), the largest power generation company in São Paulo state and the third largest in Brazil, has six hydroelectric plants, and 57 generating units. The company’s total installed capacity is 7,445 megawatts, with 3,916 megawatts of assured power. Electrical generation from these plants accounts for up to ten percent of the national total. The company’s hydro plants distribute via two drainage basins, including the Paraná River basin, located in the western part of São Paulo state, and the Paraíba do Sul river basin, located in the east.

The Guri Dam
Located on the Caroni River in Bolívar State of Venezuela, the Guri Dam is considered one of the largest in the world. Also known as the Central Hidroeléctrica Simón Bolívar, the dam was developed in two parts, with construction concluded in 1986. The dam construction has been controversial, due to the destroyed environment resulting from the created lake. The Guri hydroelectric power station is situated in the Necuima Canyon, near the Caroní River’s mouth. As of 2009, the plant is the world’s third largest, with a generating capacity of 10,200 megawatts.

Grand Coulee Dam
According to the U.S. Department of the Interior, Bureau of Reclamation, “Grand Coulee Dam is the largest hydropower producer in the United States, with a total generating capacity of 6,809 megawatts. It is one of the top ten largest producers of electricity in the world.” The dam is located on the Columbia River in Washington State. The reservoir is named Franklin Delano Roosevelt Lake, after the U.S. president who oversaw the development of the dam. MWAK constructed the dam’s foundation.