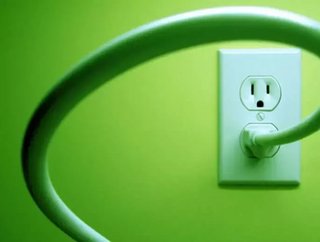 Phaesun GmbH, the Germany-based provider of solar energy for Mozambique small businesses and public institutions, began a project on the rural elec...

Phaesun GmbH, the Germany-based provider of solar energy for Mozambique small businesses and public institutions, began a project on the rural electrification in the parish of Pessene, Mozambique, which is located approximately 50 kilometers from Maputo, the Mozambique capital. An inaugural event for the project took place on 23 July 2010. The previous day the company constructed the first Pico systems, small 10 watt capacity off-grid systems, for the project, which supplied a primary school and two teacher accommodations with 15 solar lamps. The EUR 300,000 project is due to extend over the course of two years, and 50 percent of the investment costs will be secured by the Deutsche Investitions und Entwicklungsgesellschaft.

Phaesun, and the project partner, Coseba, will establish a sustained trader network for the distribution of the Pico systems, in which training courses will be held in the Mozambique province of Sofala. Additionally, Phaesun partner, Sonnenplus GmbH, will train traders in the province of Maputo.

The second step of the project will involve project partners establishing “solar shops” and “solar kiosks,” to sell systems or rent out lamps. The first shop is expected to open in mid 2011. In an effort to increase the broad effect of the project, professor at Germany’s University of Ulm, Peter Adelmann, will hold lectures on photovoltaics for Electrical Engineering students. Adelmann also hopes to establish lectures as a permanent feature in Mozambique universities.

“Thanks to Pico systems, African people who had to cope without electricity are now given the chance to provide themselves with electric light by virtue of their own efforts and their own funds,” stated Adelmann. “Modern Pico systems are up to ten times less the price than traditional Solar Home systems.”

“Simultaneously with the revolutionary advance of highly efficient LEDs that could be observed last year, a very high energy density with lithium batteries and reduced prices for solar modules, we have succeeded in introducing high-quality and durable Pico systems at very economic prices on the market,” Phaesun Managing Director Tobias Zwirner explained. “The Sundaya Ulitium Lamp Kits which are exclusively distributed by Phaesun are durable Hightech products which low-income buyers can also afford.”