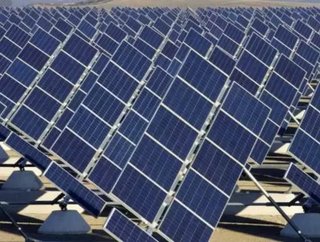 Premier Power Renewable Energy, Inc, a leading solar-power systems designer, engineer and developer has opened a new office in the Czech Republic. The company currently serves commercial, government and utilities located both in the U.S. and in Europe.

“The opening of this new office in Prague firmly establishes our presence in and dedication to the solar electric power generation market in the Czech Republic,” stated Dean R. Marks, chief executive officer of Premier Power. “This location will be our portal to Eastern Europe, serving the great demand for solar photovoltaic power generation in the Czech Republic and in nearby countries as well.”

“The opening of the Prague office further represents our commitment to the agreement with Plaan Czech, s.r.o., a leading Czech engineering firm that specializes in the design, project management, and implementation of solar photovoltaic power plants,” explained Bjorn Persson, executive vice president, Europe for Premier Power. “While we continue to develop the 19 megawatts (MW) of solar projects with Plaan as previously announced, this new office enables Premier Power to begin implementing its strategy to refocus on and expand into the nascent rooftop solar market in the Czech Republic, ahead of anticipated reductions in the Czech feed-in tariff that may affect large scale installations.”

Petr Marek, president of Plaan added, “Based on the estimates published by the European Photovoltaic Industry Association (EPIA) in their Global Market Outlook for Photovoltaics until 2014, anticipated demand for solar electric power generation in the Czech Republic is estimated to be greater than 900 Megawatts (MW) for 2010, some 119 percent higher than EPIA estimates for 2009. The establishment of this office is a timely and significant commitment made by Premier Power to do business in the Czech Republic. We remain excited by the opportunity to partner with Premier Power in expanding the solar project pipeline here, and in the surrounding European markets where their governments are promoting solar power as a significant source of alternative energy.”

Alexis Issaharoff, vice president of sales and business development, Europe for Premier Power, commented, “The Europe for Premier Power estimates show that the Czech Republic ranks a close second to Italy in terms of the size of the market opportunity presented for Premier Power, and again, ranks second to Spain in terms of the percent change in growth for forecasted demand in power provided by solar electric generation. Similar to our well-established interests and operations in Italy and Spain, we see opportunities in the Czech Republic and its neighbor countries as a complement to what we are already doing very successfully elsewhere in Europe.”