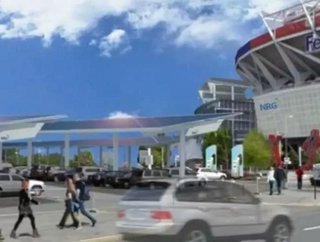 The Washington Redskins are joining the handful of NFL teams that are looking to &ldquo;green&rdquo; their image. In doing so, the team has joined forc...

The Washington Redskins are joining the handful of NFL teams that are looking to “green” their image.  In doing so, the team has joined forces with NRG Energy to install 8,000 solar panels on the roof of a new covered parking lot at FedEx Field.

The solar array will help power the football stadium during games, and will be able to provide 100 percent of the facility’s energy needs during periods when there are no games.

Redskins owner Dan Snyder says the project “offers a unique example of how solar energy installations can do more than generate power.”  Presumably, he is referring to the dual purpose of the covered parking lot.

Other NFL teams are also looking to renewable energy to break their dependence on traditional and increasingly expensive electricity sources.  The Eagles, Jets and Patriots all have solar panels at their practice facilities, and the Eagles and Seahawks reportedly have some major renewable energy projects underway.  Now let’s just hope that the NFL lockout ends so we can see these solar arrays light up the field on game night!