The top wind power projects around the globe 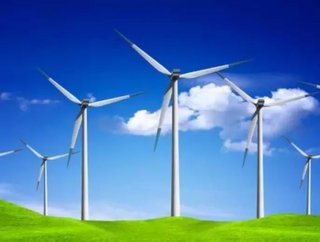 Wind energy has proven to be a clean, low-cost energy source worldwide. As a now relatively mainstream energy source, wind farms are being utilized...

Wind energy has proven to be a clean, low-cost energy source worldwide. As a now relatively mainstream energy source, wind farms are being utilized and developed globally to support a multitude of country’s energy needs.

The Roscoe Wind Farm, located in Roscoe, Texas, is the largest wind farm in the world, with a total of 627 wind turbines installed, generating 782 megawatts of power. The project was completed by C.ON Climate and Renewables (EC&R) in October of 2009, and the wind turbines were manufactured by Siemens, General Electric (GE) and Mitsubishi. According to AWEA, the Roscoe Wind Farm can create enough power for 250,000 average American homes. Texas is home to six of the nation’s largest wind farms.

"Texas continues to lead the nation in the development of renewable energy and has more wind generation capacity than any other state and all but four countries," Rick Perry, Texas Governor, stated. "We are pleased that E.ON Climate & Renewables North America has chosen to open this facility in Roscoe that will further expand our state's diverse energy portfolio."

Piedra Larga Wind Farm
According to the World Wind Energy Association, “Latin America showed encouraging growth and more than doubled its installations, mainly due to Brazil and Mexico, in 2009. A total wind capacity of 200,000 megawatts will be exceeded within the year 2010.”

Expected to be one of Mexico’s largest wind farms, the Piedra Larga facility will be located in Oaxaca State, with an installed capacity of 228 megawatts of potential wind power. Iberdrola Ingenieria, will be a major shareholder of the project, along with Global Energy Services Mexico (GES). Iberdrola Ingenieria received a $99 million contract from Gesa Eólica México for the wind farm construction. The first stage of the project, with 90 megawatts of installed capacity is due to be completed in March, 2011, and the total project is expected to be completed in March 2012. Iberdrola has constructed two other wind farm projects already existing in Mexico with 80 and 83 megawatts of power, and a third with a potential installed capacity of 103 megawatts is also currently being developed.

According to Paolo Berrino of the European Wind Energy Association, “We support the vision of the European Commission that by 2020 there should be at least 34 percent of electricity coming from renewable energy. EWEA’s scenario shows that 230GW of wind power installed capacity will be available in the EU in 2020, which is equal to 14 to 17 percent of EU electricity demand, depending on the demand side at that time.”

The Swedish renewable energy company, Svevind, is currently developing Markbygden in Northern Sweden with the hopes of creating the largest wind farm in Europe, and possibly for the future, the largest in the world. The location has the potential for an instalment of up to 1,100 wind turbines, and is considered to be ideal due to its wind conditions. The total installed power is 2,500 to 4,000 megawatts, and the project’s estimated annual energy production is 8 to 12 TWh. In May, 2008, Enercon, the largest global wind power supplier in the world, became partial owner in the project for the supply guarantee of turbines for Markbygden. The project is expected to be complete by 2020.

Maranchon Wind Farm
The Maranchon Wind Farm, located in central Spain in the region of Castilla La Mancha, consists of seven wind farms joined together. The wind farm opened in 2006 and was then considered the largest wind development in Europe. The overall combined capacity reaches 208 megawatts of clean power. Spanish company and the world’s largest wind farm operator, Iberdrola Renewables, owns and operates the Maranchon wind farms. According to the Global Wind Energy Council, wind power supplies 11.5 percent of Spain’s electricity, generated from approximately 16,700 wind turbines currently existing throughout the country. The region of Castilla La Mancha currently has more installed wind capacity over all other regions of Spain.

Whitelee Windfarm
The Whitelee Windfarm, developed by Scottish Power Renewables, consists of 140 wind turbines located on Eaglesham Moor, which is near central Glasgow. The wind farm has the capacity to generate 322 megawatts of electricity, which is estimated to be enough to power 180,000 homes. For every single wind turbine on this wind farm, over 1,000 homes are powered. The Whitelee Windfarm is currently the largest in Europe to date.
However, in 2011 the development of the Clyde Wind Farm is due to be completed. The farm, which was approved by the Scottish Parliament in 2008, will be located in Lanarkshire, Scotland. With a proposed 152 wind turbines generating 548 megawatts, and the capacity to generate enough power for 320,000 homes, the Clyde Wind Farm will significantly surpass Whitelee in size.

Dobrogea Wind Park
Berrino says, “The biggest [wind farm] in construction is probably the Dobrogea Wind Park in Romania, which is however composed by two clusters: Fantanele and Cogealac.” The total installed capacity is expected to reach 600 megawatts. Over 100 turbines have been installed so far for the first phase of the project. The wind park construction is expected to be completed in 2010.

Morocco Wind Farm
The largest wind farm in Africa is being developed in northern Morocco, with 165 wind turbines spread over five farms. The wind farm is expected to produce 140 megawatts of wind power, and will supply the region with its power needs. Officials have said the farm will increase the country’s electricity consumption from renewable energy sources to 42 percent, or 2,000 megawatts, by 2020.