Why we must act faster on cleaner energy 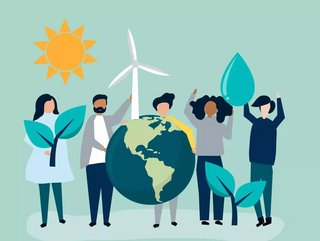 The pandemic means we’re not dealing with ‘business as usual’, with a lot of Government time dedicated to this unprecedented issue...

The pandemic means we’re not dealing with ‘business as usual’, with a lot of Government time dedicated to this unprecedented issue.

With the United Nations Climate Change Conference, COP26, postponed to 2021 due to the COVID-19 pandemic, the UK now has a unique opportunity to take action and lead the world in its response to climate change through this period.

However, the need for climate strategy to avert the risks of irrevocable climate change aren’t stopping.

Following extreme weather incidents in recent years and the growing visibility of climate activists such as Greta Thunberg and Extinction Rebellion, the public today are far more aware of the need for urgent action to halt the negative effects of global warming.

With the country in lockdown, car and flight emissions have dropped significantly, industry has paused, and the public can more clearly see the effects of carbon emissions and air pollution on their lives and the planet. This has only increased the sense of urgency the public feels in dealing with climate change. While emissions from electricity generation in the UK have almost halved on 1990 levels, there’s still a long way to go to meet net zero.

According to the Pace of Change report from Siemens Energy UK & Ireland, 71% of UK consumers believe the Government should be acting faster to develop clean energy. The public want to see the Government take even bolder steps to move the UK towards net zero carbon. They want to see more investment in wind and solar technology across the UK, and interestingly, there is also a call for investment in hydrogen too.

In the energy transition, there is no one silver bullet

The UK Government started in the right direction as one of the first countries to set a national target to reach zero carbon emissions by 2050. But, to reach this target, it means replacing the UK’s existing energy infrastructure, with something just as big and clean.

This isn’t to say the Government hasn’t done anything, small steps on the road to net zero have been taken such as the Department for Business, Energy & Industrial Strategy (BEIS) announcing £90 million for projects to tackle emissions from homes and heavy industry, including Europe’s first hydrogen plants.

But, if the UK is going to reach net zero by 2050, low carbon electricity generation will need to quadruple. This means we’re going to go further to create a market for new technologies such as hydrogen power and carbon capture use and storage (CCUS).

What we do know is there is no one silver bullet to answer the difficult question on climate change. Therefore, the Government must invest in all the tools open to the UK. That means embracing a balance of technology and energy sources to develop a flexible power mix.

As traditional power sources reduce in capacity, renewable generation continues to increase. Indeed, throughout the lockdown period in the UK, the solar power industry reported a record high of 11.5% of electricity generation in May. But as we move towards net zero and see more heat and transport move away from fossil power to electrification, we’re going to need to increase the sources of cleaner power generation to meet this demand.

Younger generations are leading the charge on cleaner energy

Unsurprisingly, the Pace of Change study found there is strong demand from young consumers for cleaner sources of energy, with 65% of millennials wanting to reduce their carbon footprint through renewable fuels. Notably, of all the sources, 15% of millennials and Generation Z think that the UK Government should invest more in the hydrogen energy network in order to reach net zero targets.

Hydrogen power offers enormous potential to decarbonise the whole energy chain as a zero-carbon fuel and a reliable energy carrier which can be easily stored and transported. It can be produced by using renewable energy, such as wind or solar to separate water (H2O) into its component elements of hydrogen and oxygen and could be used as an alternative to natural gas.

Across the UK there are already ongoing trials using hydrogen blended with the natural gas supply to decarbonise heat. And, when it comes to using gas to provide electricity generation, high-efficiency, combined cycle gas turbine (CCGT) plants will play an important role. CCGTs currently make some of the cleanest gas-fired power stations. But in the near future, gas stations such as these are also capable of being upgraded to decarbonise power generation through hydrogen power, or CCUS.

This evolution will help further deployment of renewable energy, so that eventually the country’s gas turbines can transition to run on hydrogen. The level of flexibility provided by gas-fired power will complement renewable energy generation on the grid, allowing natural gas to be phased out while significantly reducing carbon emissions from gas power generation on the path to net zero.

Taking this even further, by coupling hydrogen with wind power via an electrolyser we can use the power of wind to create hydrogen for use as a form of energy storage. Hydrogen can also be used to support electrification of the transport sector. As we showed at Goodwood Festival of Speed in summer 2019, a hydrogen fuel cell, produced using wind power can be used as an electricity generation source to charge electric vehicles.

By converting hydrogen to ammonia for storage or transportation, it is also a viable way to store excess renewable electricity generation between seasons – one of the four key scenarios laid out in the National Grid’s 2019 Future Energy Scenarios.

The demand for sustainable energy will only grow

Although the UK is taking its first steps with hydrogen power, our research shows the younger generation are already knowledgeable about it. Clean energy sources are clearly front of mind among the younger generation who will ultimately become tomorrow’s business decision makers. As we continue on the path to 2050, their demand for sustainability and renewable energy will only grow.

The Government must now address the market for all the low carbon energy sources of the future, including how to harness the power of wind to create hydrogen energy if they are to keep pace with consumer demand and ensure the UK meets its net zero targets.

In the future, our children will ask what we did to stop the rising tide of climate change. We must act now to make sure we don’t risk failure for generations to come.

This article was contributed by Steve Scrimshaw, CEO, Siemens Energy