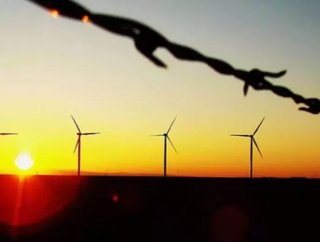 China isnt communist, it is a bastardized hybrid of socialism and capitalism gone rogue, and new regulations in Chinas wind power industry only add to t...

China isn’t communist, it is a bastardized hybrid of socialism and capitalism gone rogue, and new regulations in China’s wind power industry only add to the argument. Chinese businessmen practice capitalism at its finest in their dealings with the world economy, and now, those businessmen’s close relationship with their government have created a new set of regulations on the wind power industry that will create a Chinese wind power oligopoly.

The new regulations are as follows:

Of these smaller class III companies, Ma Xuelu, deputy director of Chinese Wind Energy, claims that only ten of them at most will be capable of meeting the new regulations. The foreseeable outcome of the new regulations will be the forcing out or acquisition of most Class III wind power manufacturers by the larger companies.

This is an oligopoly at its finest: a few powerful corporations dominating the market and ensuring that there is no room for competition. In fact, it has been noted by several of the dominating wind power companies in China that it is a main goal of the 2011 fiscal year to expand. What better way than to cozy up with the government to force out or acquire the competition through new regulations?

It seems so very odd that a country that is supposed to be communist is acting more like an out of control hypercapitalistic kleptocracy than anything else—simply put, the government and business sector in China are working hand in hand to ensure a few corporations make out very very well. While this business/government bond may seem like the root of communism, it is and only is if its intentions are for the betterment of the people of that nation, and the last time I checked, the majority of Chinese workers labor extensive hours for minimal compensation, while Chinese heads of business are living the same lavish lifestyles of their counterparts in capitalist countries. Plus, if you placed a Chinese wind power company like Sinovel next to an American wind power company and had to discern which one was the communist… you’d be left scratching your head, because both operate on capitalistic principles!!! In fact, Sinovel was privately owned up until it issued limited public shares in 2010.

It seems this guise of communism is just an excuse to keep Chinese labor wages down and work hours up as to have an unfair advantage over capitalist nations still trying to have some semblance of “care” for its laborers (although that too is currently up for debate). These new wind power regulations are the most blatant act of corporate cronyism I’ve seen in the renewable energy sector, and I sure am glad I’m not working for a wind power start-up in China right now!