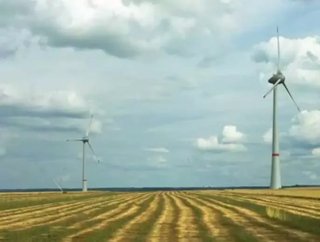 Kites Scientist from Delft University of Technology in the Netherlands flew a kite and sent it souring to great heights &ndash; electrical heights, th...

Scientist from Delft University of Technology in the Netherlands flew a kite and sent it souring to great heights – electrical heights, that is. The team built a 10 square meter kite that generated enough power to power ten family homes. That wasn’t the last of this childhood pastime, as scientists continued to explore even bigger options – options that today have taken them to Laddermill. Laddermill is the expected “kite site” where a large number of these flying machines work together, in both upward and downward motions, to generate enough electricity to power up to 100,000 homes. The concept will create a rotation with the possibility of generating roughly 100MW. Though still a work in progress, local master students, PhD students and PhD graduates tested out one of those kites last January.

But these guys aren’t the only ones looking to harness the power of the classic childhood toy. Kit Gen Research also started putting kites to the test in 2006 with a similar result. Like wind turbines, these kites use the power of the wind at high altitudes to power homes. Built more for a kite surfer than an afternoon spent at the park, the Kite Gen project was initiated in Italy’s Politecnico di Torino as an alternative to the classic wind turbine. Rather that the hefty traditional turbine, which can often be bulky and disrupt environmental patterns in cities, these pieces move with the motion of the city’s landscape.

The Helix turbines are not only suitable for everyday devices and residences, but they work well enough for the professionals to get involved - football professionals, that is. Helix Wind, Corp. was recently awarded contract with the Philadelphia Eagles to make Lincoln Financial Field the first ever sustainable sports stadium. Helix’s Savonius turbines exist just 35 feet off the ground and can generate power in as low as 10 mph. The simple design makes it easy for businesses and residences to use, for areas with wind speeds greater than 14 mph and electricity costs higher than $0.15/kWhr, and where small wind turbine installation zoning permits are allowed. These small wind energy systems can generate 400 watts to 500 kilowatts, just enough to power a home or small business.

When the wind dies down, will your energy fade out? That is a question that industrial designer Arttu-Matti Immonen easily answered with a design that has revolutionized the term “turbine.” In an unrivaled move, Immonen fused solar paneling and wind turbines to create the Aard Concept. The design features both flexible photovoltaic modules that claim the sun as their energy source, with a spherical shape connected to a generator that produces electricity during strong winds.
It doesn’t look half bad, either. Like a modern art piece standing tall in the grass, the Aard Concept is essentially a large solar sphere that will collect enough power during the afternoon shine to start spinning by night.

Why be bold when you can, quite simply, go big? The Enercon E-126 is one of the world’s largest wind turbines with a 413 feet rotor diameter and strength to power 1,776 American homes. The design is the latest from Enercon, who has set up shop all over the world and placed the big one, specifically, in Emden, Germany. Already experts in the biz, Enercon’s E-126 has a hub height of 443 meters with a gearless, single blade adjustment turbine. Without the gearbox attaching its turbine blades to the generator, there’s a bit more strength when it comes to “side furling.” It’s traditional in all other senses, but its cost – thanks to its size – is like a three for one deal.

It’s probably the most unusual looking wind turbine on our list, but it’s also the most practical. The Loopwing Wind Turbine exposed itself at the 2006 Eco-Production Exhibition in Japan, and hasn’t stopped generating buzz – and electricity – since. The concept was designed by Loopwing, a small Japanese developer that opened in 2003. The original piece, “e1500”, achieved 43 percent power at 8 mph. But it’s the “TRONC” that stands out with home use featuring a hybrid generation system of a PV panel and the company’s own Loopwing Wind Turbine Theta 1500. Supplying a burst of power for your alarm clock or light, the item can supply energy in even the most populated areas thanks to the Loopwing’s unique shape.