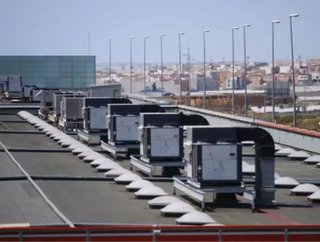 The 20 biggest world economies agreed this week to use the resources of the Montreal Protocol to get rid of a significant group of super greenhouse gas...

The 20 biggest world economies agreed this week to use the resources of the Montreal Protocol to get rid of a significant group of super greenhouse gases (GHGs) and a global phase-down of hydrofluorocarbons (HFCs).

After a summer of record high temperatures in many parts of the world, global leaders have taken an important first step towards mitigating one of the main gases responsible for climate change. HFCs, thousands of times more potent than carbon dioxide (CO2), are primarily used in refrigeration and air conditioning despite that climate-friendly alternatives are already available.

“Given the international community's success in effectively and rapidly phasing out ozone-depleting chemicals, we are encouraged that the world's largest economies have agreed to phase-down HFCs under the Montreal Protocol,” said Mark W. Roberts, Environmental Investigation Agency's senior counsel and international policy advisor. “We strongly urge the rest of the world to join the members of the G20.”

The G20 statement resolves this debate by asserting that the phase-down of the consumption and production of HFCs will take place under the Montreal Protocol, while the emission reductions will be accounted for under the UNFCCC.

“Phasing out HFCs is the fastest, most cost-effective climate mitigation measure available and joint global action on HFCs will set an example of how the nations of the world can come together to solve the problem of climate change,” said Clare Perry, EIA's senior campaigner.

In addition to the statement by the G20 leaders, the United States and China reaffirmed their June 8, 2013 agreement on HFCs and “emphasize[d] the importance of the Montreal Protocol, including as a next step through the establishment of an open-ended contact group to consider all relevant issues, including financial and technology support to Article 5 developing countries, cost-effectiveness, safety of substitutes, environmental benefits, and an amendment.”