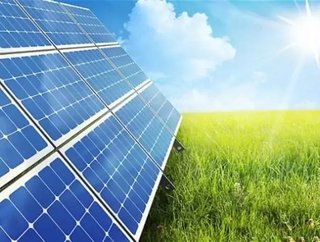 Click here to view this article in June&#39;s issue of Energy Digital Written by Nick Ni and Xu Liu of Verde LLC Today, energy is either transmitted...

Written by Nick Ni and Xu Liu of Verde LLC

Today, energy is either transmitted directly to the consumer through the grid or stored as backup power for future use via batteries, pumping water, etc. When it comes to solar and wind energy, it becomes extraordinarily difficult to take full advantage of the renewable sources using traditional methods of power transmission due to the varied locations of consumers and their pace of consumption.

Simply put, “We need storage because the sun doesn’t shine at night,” Dr. David Wogan wrote in the Scientific American.

Storing solar energy for later use can solve or mitigate the above inherent challenges it presents. We can overcome uncontrollable variability and unpredictability by storing excessive energy output from intense sunlight, and discharging stored energy to compensate for insufficient energy output when sunlight becomes weak. Storing solar energy also enables users to avoid waste of intensive sunlight due to the capacity limit of the grid, further promoting the overall utilization rate of solar farms.

The use of hydrogen storage offers solutions to the limitations of traditional storage systems:

While current electrolyzers in the industry are made to operate at a constant load and cannot follow a variable load, a system adapting variable load has to be established due to the intermittency of sunlight. According to Verde LLC, it’s not very difficult to establish a 2.5MW system adapting to a wide range of operating parameters. Given the fluctuating characteristics of solar panels, specialized electrolyzers would be an ideal fit.

The goal of hydrogen storage is to promote overall energy efficiency, which will also be the focus of hydrogen component manufacturers like Verde LLC, Ballard Power Systems and RIX Industries. To realize the highest overall efficiency of the storage system technically and economically, the concerns are on following aspects:

The US Department of Energy has released a number of reports, proving one simple but precious fact: hydrogen from renewable power like solar will dominate the feedstock market for many industries for decades to come. While our economy is slowly, but steadily, recovering, the solar energy industry is encouraged to take advantage of all the benefits that hydrogen technology presents to its ultimate success.