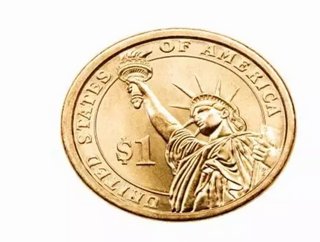 According to Japanese legend, whoever folds 1,000 origami cranes earns the privilege of asking the mythical bird to grant a wish. At Industrial O...


According to Japanese legend, whoever folds 1,000 origami cranes earns the privilege of asking the mythical bird to grant a wish.

At Industrial Origami, a young mechanical design company, workers have folded 254 patented items like housing for ovens and dishwashers, and car parts like control panels and chassis. They're working toward 1,000, but as any origami artist can tell you, it takes time. And at Industrial Origami, they aren't working with sheets of paper; they are folding sheets of aluminum and steel.

The innovative industrial design company, with roots in San Francisco and a head office in Cleveland, OH, hopes to change manufacturing with a new technology that can fold sheet metal into complicated high load-bearing structures with simple, low-cost fixtures. According to Industrial Origami's designers and fans, the company's technology makes production easier, cheaper and faster.

"Industrial Origami profoundly changes the way products are designed and manufactured," said Patrick Sheehan, a partner at the London-based Environmental Technologies Fund, one of the first groups to invest in the company. Industrial Origami has raised $32 million in venture funding and it is hoping to convince investors to put another $20 million more into the company this year.

STREAMLINING THE PROCESS
Industrial Origami was launched in 2002 by Max Durney, a leading player in the world of manufacturing design. Before folding metal, Durney worked with pine and oak, and workers in wood shops today still praise the innovations that came out of Castle, Inc., a company Durney co-founded in 1981 to produce automated woodworking machinery.

As Industrial Origami's CTO, Durney is able to put his 30 years of design experience to work to do for metal what he's already done for wood. And he seems to be succeeding since the buzz about Industrial Origami is spreading.

The company already has some impressive names on its client list. Bentley Motors Ltd., Whirlpool  and Eaton Corporation are just a few of the  manufactures using Industrial Origami's technology and design tools, which the company promises can save as much as 70 percent in manufacturing costs.

An Industrial Origami designed product starts as a sheet of metal that has been pre-shaped and perforated along the folds with the company's signature smile cuts. Those sheets are sent to shop floors where assemblers fold them into the working forms. Industrial Origami's fold-and-build method eliminates the measuring, cutting and welding and bolting that usually goes into producing parts.

The company says it can save manufacturers anywhere from 20 to 50 percent on materials, and 25 to 45 percent on labor. And, because parts travel as flat sheets, they are easier to handle and cheaper to ship. Prepping parts with a coat of paint before they are folded is also much faster and easier than painting built or assembled components.

MADE-TO-FIT TECHNOLOGY
Industrial Origami teaches clients how to use its unique technology in their unique setting. The company sells intellectual property such as software, design programs and tools and then collects royalties on products built using its technique. But Industrial Origami doesn't manufacture parts or sell machinery; it isn't necessary.

Industrial Origami's patented technology works using existing CAD software and existing equipment. No major investment is required to deploy the technology which can be applied across a broad scale of products from a microwave oven to a printed circuit board to heavy construction equipment.

Industrial Origami's technology triggers significant savings in mature products, and enables the creation of completely new products. As they like to say at Industrial Origami, there are no fundamental limits.

GREEN PIECES
The environmental benefits Industrial Origami's process offers are clear. Groups like Environmental Technologies Fund have invested in the company because it reduces scrap metal waste and conserves energy at almost every step of the process.

Sheehan and other investors at the Environmental Technologies Fund see Industrial Origami as a great example of a disruptive technology in green manufacturing. And as green investors, they hope the company is setting an industry standard in design and efficiency.