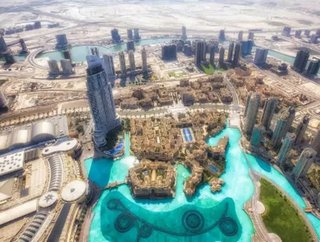 [email protected] The United Arab Emirates is known for having one of the world&#39;s highest per capita consumption rates of electricity. According...

The United Arab Emirates is known for having one of the world's highest per capita consumption rates of electricity. According to members of the Emirates Green Building Council, appreciation is growing for the need for more efficient buildings.

The emirate of Dubai has passed a law requiring all future buildings to be green starting in 2014, while a recent McGraw-Hill Construction study found 74 percent of UAE firms expect green building projects to account for the majority of their projects by 2015. Given that the UAE also has more green neighborhood projects planned than any other country in the world, the Distinguished Sustainability Lecture Series, held this week in the Middle East, offered a timely opportunity for local professionals to gain exposure to broader green building trends.

In Saudi Arabia, where per capita energy consumption is three times the world average according to the Saudi Energy Efficiency Center, investment in green building is growing. Of the more than 1,300 green projects currently underway in the Middle East, the Saudi Green Building Forum reports nearly 70 are based in the Kingdom.

The growth prospects for green building in Kuwait are even greater. The country has just 17 projects registered through the U.S. Green Building Council's Leadership in Energy and Environmental Design (LEED) program. Yet, according to the Energy Information Administration, the country already uses as much as 98.5 percent of its grid capacity during peak demand periods. Rapidly rising consumption rates and persistent power shortages during times of demand make sustainable buildings a priority.

“The Middle East has a great opportunity for a strong green building future and one where, increasingly, clients are demanding it,” said John Mandyck, chief sustainability officer, United Technologies Corp. Building and Industrial Systems. “Green building is a smart, long-term business decision with equal economic and environmental value. We hope this week's dialogue will have a profound, lasting impact.”