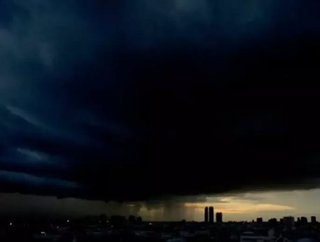 The US will not be able to carry out a major climate study this year after Thailand delayed a decision on whether or not to grant NASA permission to u...

The US will not be able to carry out a major climate study this year after Thailand delayed a decision on whether or not to grant NASA permission to use a key naval air base, U-Tapao in the Chonburi province. Critics in the region feared those operations could be a cover for military purposes.

Formerly a major base for US bombing missions during the Vietnam War, some critics fear that the project at the U-Tapao air base could threaten local sovereignty or upset China. The study would have analyzed carbon emissions in the region in August and September, when regional monsoons could carry wildfire smoke from Indonesia and Malaysia north to countries like Thailand. Under the “Southeast Asia Composition, Cloud, Climate Coupling Regional Study,” the US space agency planned to use satellites, aircraft and ground missions to study how air circulation during the monsoon affects climate and air quality in the area.

Plastic in Ocean: What's the Solution?

"It's a great loss for Thailand to lose a vital opportunity to learn what we should know about regional climate, including floods, drought and other catastrophes," said Serm Janjai, a physics professor at Thailand's Silpakorn University involved in the project. "But what is more important is it has destroyed confidence in Thailand among the international science community. Someone has to take responsibility for this failure."

The unfortunate skepticism from Thai scientists involved forced the mission to be canceled Tuesday. Although Thailand's Cabinet agreed to have a debate on the decision before granting permission to proceed with the project, Parliament will not reconvene until Aug.1, a month after NASA's deadline.

"It is too early to say at this time whether resources will be available to revisit the project next year," U.S. Embassy spokesman Walter Braunohler told The Associated Press on Thursday.