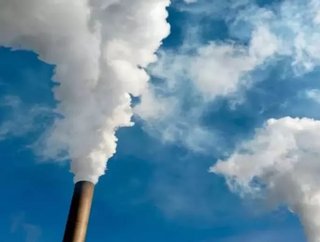 Click here to experience this article in our digital reader Written by Carin Hall Produced by Aaron Weafer Within a matter of decades, energy demand...

Within a matter of decades, energy demand will more than double at a rate the world will find difficult to keep up with. In the transition to using more sustainable forms of energy, the world will still rely heavily on carbon polluting fossil fuels like coal and oil. In order to provide for future generations, how can we keep those industries alive in an environmentally responsible way?

The answer is through carbon capture and sequestration (CCS), a technology used to prevent the release of large quantities of CO2 into the atmosphere by capturing the CO2 and pumping it into underground geologic formations. While the technology isn't new, CCS has long been held back by high costs and a lack of large-scale experimentation. For many coal plants today, obtaining and employing the technologies needed to meet air quality standards is less economically viable than shutting down altogether. Therefore, in order for CCS to work, there needs to be a strategic business plan set in place to make the technology commercially viable.

In Saskatchewan, Canada, those historical setbacks are being challenged. Led by the province's full-service utility, SaskPower, one of the world's first and largest full production carbon capture facilities is underway. With an initial investment of $1.2 billion, SaskPower will be generating a revenue by selling a portion of the captured CO2 back into the market to be used for enhanced oil recovery.

“We went into it with a business plan,” says SaskPower CEO Robert Watson. “With the ability to capture and sell carbon back into the market, the price per megawatt hour would be comparable to building a brand new gas plant.”

Referred to as the “bread basket” of Canada, Saskatchewan holds more than 40 per cent of the country's arable land, with significant reserves of oil and some of the largest deposits of potash and uranium in the world. Coal currently accounts for half of the province's energy portfolio, with reserves in the south that will arguably last another few hundred years. And while Saskatchewan aims to reduce its greenhouse gas emissions by 20 per cent from 2005 levels by 2020, keeping those industries alive poses a huge challenge.

“With our desire to be good corporate citizens and cope with approaching regulations on greenhouse gas emissions, we have to make sure that we have a plan in place that would allow us to continue to use coal as a fuel supply for power production for our future,” explains Watson. “Therefore, we have to start looking at plans to protect our coal fleet for the long term.”

SaskPower currently operates six units at Boundary Dam Power Station in Estevan—two of which will soon reach their end of life cycle. The remaining units “we want to protect,” Watson says. That's why SaskPower has been seriously looking at CCS, conducting complete in-depth studies on the technology and even using CO2 for enhanced oil recovery successfully for the past ten years.

The utility has partnered with the likes of Cansolv, a wholly owned subsidiary of Shell, to test its own carbon capture technology; Hitachi, providing a specially made carbon capture ready steam turbine; and SNC-Lavalin, the general contractors constructing the device at Boundary Dam 3.

“Using our technology, the power plant doesn’t need to change any of the existing upstream power equipment, since our plant treats the exhaust gas of the plant just before it goes to stack,” says Philippe Gauthier, President of Cansolv. “There is, of course, still integration required, but significantly less when compared to other types of capture technologies available.”

After Cansolv's piloting campaigns proved successful on several applications (i.e. coal, gas, cement kiln), it was determined early on that the technology was worth pursuing. In collaboration with Cansolv, SNC-Lavalin, a longtime supporter of SaskPower's ambitious CCS efforts, was awarded a full mandate to develop front-end-engineering designs in an initial design competition.

“The expertise developed through this project will be relevant to coal fired power plants worldwide interested in post-combustion CO2 capture,” says Guy Couturier, Project Manager of SNC-Lavalin. “The execution of this project provides SNC-Lavalin with experience that no other firm can match.”

Once the facility is in full production in the Spring of 2014, about 90 per cent of post-combustion CO2 emissions will be captured, or about one million metric tons per year. As breakthroughs in the developments of technology occur through the facilities at SaskPower, the future of the industry will also benefit from legislative support to assign a cost to carbon. Incentives to meet goals through the use of carbon credits, for example, would help defray the cost of meeting new air quality standards, while allowing coal to be a key fuel of growth.

“The coal industry needs to be saved,” says Gauthier. “'Cleaning' the coal is the right move. Once the cost for implementing these technologies (our own, and others) comes down, coal will once again be a valuable local commodity at a fair price.”

“There is great optimism for carbon capture where Enhanced Oil Recovery provides a credible use for captured CO2,” says Couturier. “The revenues resulting from supplied CO2 reflect the inherent value in maintaining pressures in mature oil wells to maintain oil production that would otherwise diminish without such a scheme. This guaranteed cash flow makes such carbon capture projects commercially viable, and are aiding in the commercialization (and inevitable cost reductions) of the technology.”