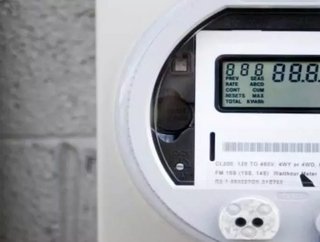 Enel S.p.A. Smart Metering System Italian company, Enel, introduced its smart metering system in 2005, and has since acquired a total of 32 million...


Enel S.p.A. Smart Metering System
Italian company, Enel, introduced its smart metering system in 2005, and has since acquired a total of 32 million customers, who are remotely managed and serviced. According to Enel, “The Smart Metering System is one of the fundamental building blocks for the development of the Smart Grids, which adapt the grids to the new electrical market scenario.” The main functionalities of the meters are: transmitting data on energy consumption; receiving updates of the contractual parameters; and managing supply connectivity.

As the deployment of the system proved successful in Italy, the company now intends to extend its application to additional distribution grids within the Enel Group. Enel is currently working toward adapting the system and field components to meet the needs of the Spanish market. 13 million smart meters are expected to be installed during the period from 2010 through 2015 for the Endesa grid. The Endesa system was awarded the European Utility Award in the category of Business Performance at the Metering Europe 2009 event.

The system is also due to be adapted for the remote management of gas meters, so that the gas distribution grid can also see the same advantages as electrical smart metering.

Pacific Gas &Electric (PG&E)
The SmartMeter™ system deployed by California-based PG&E is used for the collection of electric-and-natural-gas usage data from residents or businesses. The program was developed as a statewide effort to upgrade the energy infrastructure of California. Electrical data is collected in 15-minute increments, and gas meters are recorded on a daily basis. Data is then transmitted through a secure wireless communications network. The system is currently in the process of being rolled out to PG&E customers, by which 10 million meters are expected to be installed by mid-2012. According to PG&E, “This technology is the cornerstone of the smart grid that will modernize the electric system to be stronger, smarter and more efficient. The SmartMeter™ program is also essential to encouraging growth in renewable energy sources, laying the foundation for a low-carbon economy, and empowering consumers to understand and reduce their energy use and monthly costs.”

PG&E continuously works toward resolving any flaws or customer concerns that have been presented. In August, the company announced the formation of the SmartMeter™ Technical Advisory Panel (TAP), which consists of a group of experts, regulators, stakeholders and customers, who review the impact of the program on customers so that PG&E can follow best practices during the rollout program. "As we continue to expand the customer benefits of our SmartMeter™ program and participate in the state's evolution toward a smart grid for all Californians, we want to make sure our technology rollout empowers our customers to take charge of their energy use, follows the best practices available, and helps California achieve a low-carbon, clean-energy economy," said Bill Devereaux, senior director of PG&E's SmartMeter™ program. "The Technical Advisory Panel will ensure that PG&E hears a wide range of opinions on the meter program and the future of the smart grid. They will have our customers first and foremost on their minds."

First Utility
The UK-based utility company is the first to partner with Google for the development of the Google PowerMeter. The tool can be used by any customers with an installed smart meter. Google PowerMeter obtains electrical-usage data from the First Utility smart meter, and it is then displayed on a personalised iGoogle homepage. First Utility customers can see near-real-time information, allowing for easily accessible energy consumption details. According to First Utility, “We're the only energy supplier to update electricity data every half-hour.” The First Utility smart meters are designed to provide its UK customers with exact energy-usage information, rather than an estimate as do conventional energy monitor units.

Meridian Energy
New Zealand energy provider, Meridian Energy, established the use of smart meters in 2005 in the Christchurch area. Through its wholly-owned subsidiary company, Arc Innovations, the company has developed, deployed and is now managing the use of over 130,000 advanced meters across New Zealand. The company is the first in the Australasia area to deploy large-scale smart metering. Chief Executive of Arc Innovations Simon Clarke said, "In Christchurch we are well on our way to being the first smart city in the Asia Pacific region."

Oxxio
In 2005, the Dutch utility, Oxxio, put electric and gas smart metering systems into action throughout the Netherlands. In order to comply with the National Energy Reduction Plan, in 2007, the Dutch government announced its requirement that all seven million households in the country have a smart metering system by the year 2013. The rollout of the meters was delayed in 2008 and completely halted in 2009 due to potential privacy concerns among consumers. The smart meter systems are now an option for customers, as opposed to being mandatory. Oxxio is the fourth-largest electricity and natural gas supplier in the Dutch market, serving approximately 800,000 customers. The company is owned by British company, Centrica, which plans to rollout around two million smart meters to British customers by 2012.