The Top U.S. Cities for Sustainability 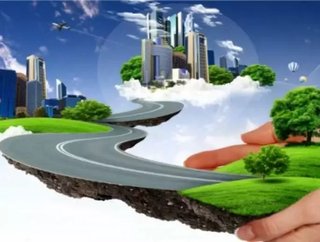 Written byPaul Flanagan Over the past decade, more than 50 major U.S cities have taken significant steps to becoming more sustainable,OurGreenCities.co...

Over the past decade, more than 50 major U.S cities have taken significant steps to becoming more sustainable,OurGreenCities.com reports. There's been a focused effort to maintain and grow healthy local economies through smart growth and climate protection, and city leaders are increasingly doing business in a manner that promotes, guides and manages growth. They're improving energy efficiency, helping the environment and raising the quality of life for residents.

These cities are making strong, admirable strides toward sustainability:

Half of Portland’s energy comes from renewable resources, enabling it to replace dirty energy resources with clean energy. Portland created the Clean Energy Works initiative, a program designed to give homeowners free energy assessments and provide $2,000 rebates and loans for home retrofitting.

A curbside composting program was launched in 2011 that resulted in a 38 percent dropin the city’s trash output, city officials reported. Portland is also considered the most bikeable city in the United States, with 200 miles of dedicated bike lanes. This, of course, minimizes dependency on gas-powered vehicles and helps reduce the output of toxins and pollutants.

Cambridge implemented a major climate protection plan in 2002, and currently a majority of city vehicles are powered by B20 biodiesel or electricity. Named the “best walking city” by Prevention Magazine in 2008, all new construction and major renovation must meet LEED standards. Cambridge also created a project called “Compost That Stuff,’ in which organic waste from residents, hotels and restaurants is collected for compost. Forward-thinking Cambridge also provides its residents with free Wi-Fi via the Cambridge Public Internet project, enabling users of mobile devices like the 16GB Nexus 4 phone to surf the Web quickly and conveniently.

San Francisco created mandatory recycling and composting ordinances that required citizens to not only separate recyclables, but also to separate their packing items and compostable food. City officials announced in October 2012 that 80 percent of its city waste was going to recycling and composting facilities, making it the leader in sustainable waste disposal. San Francisco was the nation's first city to ban plastic grocery bags, and in 2010 Mayor Gavin Newsom declared the city America’s leader in solar energy use.

Eugene receives 88 percent of its energy from renewable sources, and the city's Sustainability Commission oversees green infrastructure and development. The city's Wayne L. Morse Courthouse made it onto the American Institute of Architects' list of the top 10 green buildings in the U.S., and the city's public transit system was nominated for an International Sustainability award for being one of the first diesel-electric hybrid systems to operate in the nation. Cycling is the preferred mode of transportation in Eugene, made possible by 150 miles of smog-free travel throughout the main metro area.

Oakland receives 17 percent of its energy from renewable resources, and there's a plan in place to have zero waste and become oil-independent by the year 2020. The city boasts a hydrogen-powered public transit system, the cleanest tap water in the country and a plethora of farmers markets that offer locally sourced, organic food. It's also home to the nation's oldest wildlife refuge.

Seattle was the first city in America to have a major utility company go carbon neutral. City Light uses hydroelectric dams, which reduce dependency on dirty energy resources. Seattle pledged not to invest its money into fossil fuel companies, a positive green action effort. Twenty percent of Seattle's buildings are LEED-certified or under construction for LEED certification, and residents are encouraged through an incentive program to install solar panels on their homes.

Boston's “Green By 2015” initiative includes replacing taxicabs with hybrid vehicles and recycling trash to power homes. The city has pledged to increase its use of solar panels and support use of electric motor bikes. Boston holds regular conferences to educate citizens on living the most sustainable life possible.